50th Anniversary of the tragic floods in Woden On the night of Tuesday, 26 January 1971, a severe and sudden thunderstorm broke over the Woden Valley’s developing suburbs. About 95 millimetres of rain fell in one hour, causing a flood. This Australia Day marks the 50th Anniversary of the tragic event.

During the torrential thunderstorm, cars were swept away by the deep floodwaters, while others disappeared into stormwater drains after their owners made narrow escapes.

In the early hours of the morning, 50 police, alongside Civil Defence volunteers, fire brigade, tow-truck operators, and civilians, searched for stranded motorists and bodies. While many were saved, seven people had lost their lives by the end of the night.

The worst-affected area on Yarra Glen appeared to be the section between Carruthers Street overpass at Curtin and Yarra Glen’s intersection with Melrose and Yamba Drives. Floodwaters across the intersection of Yamba Drive and Melrose Drive, Phillip

Mona and Ben Smith of Lyons lost three children Carmel (19), Margaret (15), and Michael (6). In the same car, their cousins Jennifer (12) and Dianne Seymour (8) from Wangaratta also lost their lives. Lon Cumberland (18) and Roderick Simon (20) were the other victims.

In 2010 a memorial was developed through consultation with the victim’s families and the Canberra community. The monument was launched by Chief Minister Jon Stanhope, MLA, and dedicated by Bishop Pat Power on 26 January. 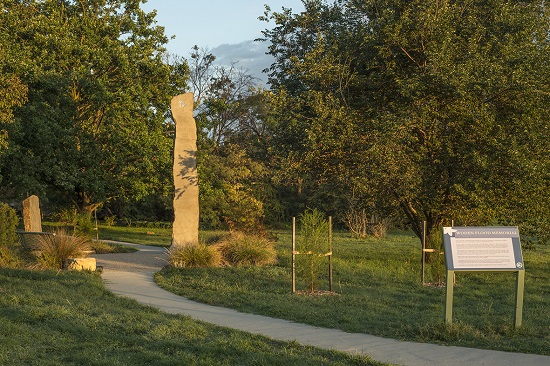 The four-meter high standing stone features the ACT floral emblem, Wahlenbergia gloriosa or Royal Blue Bell, and engravings of the victim’s names, while a smaller stone shows a map of the site of the tragedy as it was in 1971. Seven black cypress pines planted around the memorial also serve as a marker of the location. Along with the natural and carved stones, a pathway, seating, and plantings provide a serene and contemplative place for visitors to the memorial.

To mark the 50th Anniversary and to remember the tragic loss of these young lives, the community is invited to gather at 7pm on Tuesday 26 January 2021 at the Flood Memorial in Curtin.

The Pell appeal: where to from here

Cardinal Pell now awaits the decision of three judges of Victoria’s Supreme Court after two days of presentations by his defence team and the Prosecution. Read More