A Country Practice set to deliver 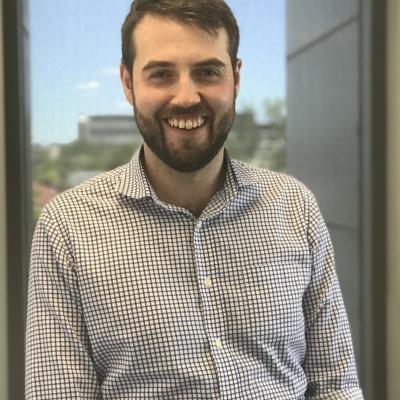 They’re probably still celebrating at the little town of Bribbaree.

It’s a special honour for the 28 year old who grew up on a sheep and wheat station near the tiny hamlet (pop 141) that falls within the Archdiocese of Canberra and Goulburn, about a 40-minute drive north-east of Temora.

In accepting the award, Joe deflected attention by dedicating the award to all medical generalists who work in rural Australia.

They are the GPs, he said, who provide not only primary care but work in emergency departments, deliver babies, administer anaesthetics, look after the elderly in aged care, and provide palliative care to those approaching end of life.

Joe is a GP in training himself at Temora and a big part of what drives him is giving back for the opportunities that have come his way.

He graduated in 2017 with a medical degree from the University of NSW after being a beneficiary of programs aimed at rural high school students interested in careers in the health sector.

He was especially grateful for the opportunity to complete half his studies back in the country at UNSW’s rural medical school in Wagga Wagga where he volunteers as a teacher and mentor to 5th year medical students.

Joe’s also behind an “All Roads to the Royal” program which sponsors up to 40 children annually from geographically isolated areas to attend the Royal Easter Show in Sydney in an effort to inspire them towards careers that make a contribution to rural Australia.

Delivering babies is also a core interest for him. During his medical studies he did an elective in obstetrics in Vanuatu that created a love for that particular field. He hopes to qualify at the end of 2022 as a GP obstetrician.

“It’s [obstetrics] been a big passion of mine because, unfortunately, across Australia there’s been a number of closures of rural maternity units,” he said. “Women have had to travel to larger centres to have their baby, which is a real shame.”

He’s a staunch advocate for quality rural health care, which emerges from the self-effacing, no nonsense, roll-up-your sleeves approach of the bush values at the heart of Joe’s journey.

He went to the local two-teacher school in Bribbaree and attended Mass with his parents at the little church of St Columba’s before finishing his schooling at Hennessy Catholic College in Young.

“I guess you’re a product of your upbringing and perhaps the qualities that I’ve been brought up with helped shaped me to be interested in medicine with an understanding of the challenges of health care in rural areas,” he said.

“I decided I wanted to be part of helping that problem.”

And helping he is; the boy from the bush who’ll stay in the bush; the teacher, mentor and advocate, and the young country doctor prepped to deliver.