A life committed to social justice

The Chairman of the Archdiocesan Catholic Social Justice Commission (CSJC), Mike Cassidy, is about to step down, about to pull up stumps, about to retire.

But whichever term you like, it won’t be entirely accurate. He’s been actively involved in social justice for most of his life and doesn’t see that coming to an end any time soon.

“I’ve been interested in social justice going right back to my high school days, when I was a member of Young Christian Students,” Mike says.

“Then after University in Queensland I continued with the Newman Society and joined the Knights of the Southern Cross when I was about 21. And the reason I was drawn there was because they were working for social justice. So I’ve been involved in social justice more or less from school right through to now in one form or another. I’m pushing 76 now, so that’s quite a while.”

The Commission was set up in this Archdiocese by Archbishop Francis Carroll after the Synod of 1988/89. Mike, who was an Occupational Analyst with the Air Force at the time, first joined the Work and Dignity sub-committee of the Commission in 1995 and then three years later joined the Commission proper as one of the members.

Mike has spent the last eight years as Chairman of the Commission and is stepping down from that position, assuming he can sell his house.

“Well that’s the plan. If we’re successful then we will move to Queensland,” Mike said. 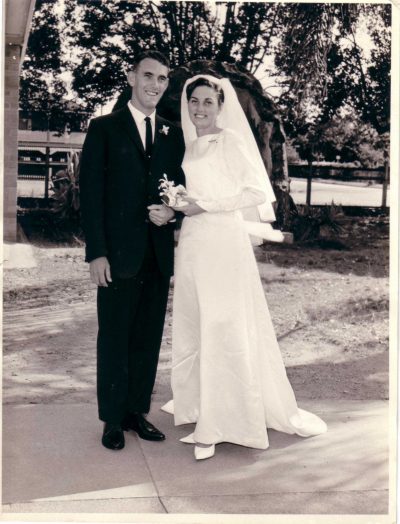 “So I will be pulling up stumps from the Commission and I don’t intend to take over Queensland, the people there are doing an excellent job.

“But I’d still like to be involved in whatever way I can, hopefully through my local parish. It would be a bit of a grieving process to leave it all behind. Similarly with my parish social justice group, we run a coffee project there to assist East Timorese and all of those things become a part of you really.”

Commitment to his Church and his fellow man was ingrained in him from an early age. His father had also been a member of the Knights of the Southern Cross and worked for St Vincent de Paul, and he credits his mother for teaching him the prayer side of his life. For Mike, the link between Social Justice and his faith is inextricable.

“When the Commission first began, I had the honour of editing the record of the Synod that preceded it,” Frank said.

“One of the things that really impressed me, and that I’ve used quite frequently since, was in Archbishop Francis’s opening speech. He spoke about being Church rather than being part of the secular world. He said that we should be making decisions through discernment in the spirit rather than in the parliamentary model or adversarial model that we see in secular life. “I’ve tried to apply that, both in my role with the Knights and with the Commission and with whatever Church lay groups that I’ve been involved with, and it has been very helpful.”

In terms of where the Church and the nation stand today in terms of Social Justice, Mike believes both have made positive steps.

“I think the Church is definitely moving in the right direction,” he said.

“From the Church point of view, as we’ve become much more of a lay organisation since Vatican II, and that’s been a fairly slow process sin itself, I see a lot more concern with social justice as lay people become more involved in leadership roles in the Church.

“From Australia’s point of view, I’m not really sure. Generally I think we’re moving in the right direction, but slowly. I think the politicians that I’ve had interaction with, their hearts in the right place but their actions don’t always reflect that or take the common good as the standard they should be applying.”

For those reasons, Mike still says a vital role for the Commission, and similar bodies in other dioceses… keeping social justice front and centre.

“Our primary role is to raise awareness within the Archdiocese and the Church, and that hasn’t changed,” he said.

“But broadly, bodies like ours combine to keep social justice on the national agenda and that remains vitally important.”