Well known and loved by many, 98-year-old Mary, Lady Scholten was laid to rest after a full and deeply faith-filled life. The eulogy shared at her Requiem Mass can be found below.

Mary was born in Gympie on 9 November 1922 to Con Maguire from Gympie and Mary McNee from Cathcart NSW. Mary was the eldest of seven children – Mary, Maureen, Joan, Jerry, Terry, Therese and Carmel.

Mary finished her Junior Year in Gympie before the family relocated to Maryborough. When she left school, it was difficult as a student from a Catholic school to get a job in a professional office such as a bank, insurance office, solicitor’s office etc. It was at the end of the ‘Catholics need not apply’ era. The nuns suggested to the girls who were applying for positions that they should do the Commonwealth Public Service Exam where applicants were ‘a number’, not a name. Mary was successful in her application for a job in Canberra and moved there in May 1939. On her arrival in Canberra in the middle of winter and without a coat, she stayed at the Acton Guest House (locally called the Pest House) and then transferred to Gorman House where she lived for just over four years.

In Mary’s book she writes, ‘The day after we arrived in Canberra I went to the Prime Minister’s Department where I was to work. The Head Typist was Miss Bea Eldred, always Miss Eldred to me, and she confessed to me later, she had commented – ‘We’re getting them from Kindergarten almost now’. I remember well what I wore – navy skirt, just over my knees, white blouse, and my only cardigan, and of course stockings (no one would go to work without them) and navy shoes. I knew I looked very young – BUT – I had a Shorthand Certificate for 120 wpm and that was pretty good and I could type at 50 wpm without a mistake. So, it wasn’t long before the girl ‘from the Kindergarten’ was recognised as an efficient Secretary.’ Mary worked in Prime Minister John Curtin’s office and in her book she writes of her memories of her early life in Canberra and her time on the PM’s staff.

With the announcement of war in late 1939, the young men gradually enlisted for the Army, Navy and Air Force and sadly many of them were killed in action.

Mary met Jim when he was living at Glebe House. He had come to Canberra from Melbourne around the end of 1940 to work in the Department of Commerce. Jim enlisted in the RAAF and Mary returned to Brisbane to be with her family.

Mary and Jim were married on 17 March 1945 at Holy Spirit Church, New Farm and had a short honeymoon in Ballina. 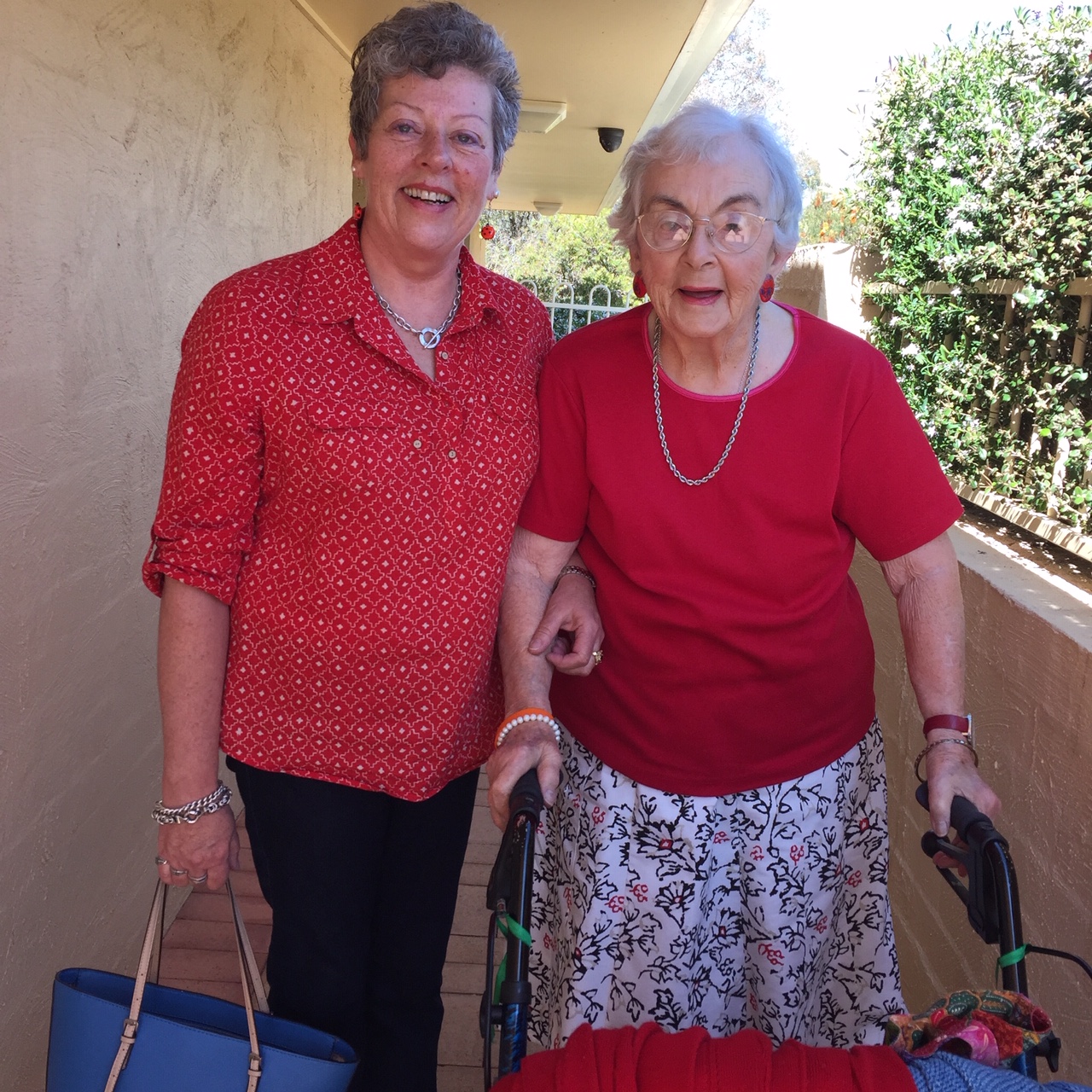 In those early days, Mary and Jim participated in Church and community activities – there were Debutante Balls, Convent Balls and Church Balls at the Albert Hall, all catered for by ladies from the local parishes

From around 1946, Mary was involved in the Catholic Women’s Association, later known as the Catholic Women’s League. She was a foundation member of the Braddon branch and her dedicated involvement continued until the final meeting of the last active branch in Canberra, in 2012. This was of course a sad day after so much history, but Mary, in her usual wise way stated that the CWL had done what they had been called to do and it was now time for a new group of younger women to take up the baton.

Throughout Mary’s life she has been an active member in many Parish groups, including the Carmel Ladies Auxiliary, St Vincent de Paul Society, ACT Right to Life Association, Karinya House for Mothers and Babies and as a Committee Member and a trained Counsellor with Pregnancy Support Service ACT.

Her community involvement included the Turner Pre-School Association, the Good Neighbour Council and the Turner Progress Association and later in life she was the first lady Director of the Canberra Southern Cross Club.

In 2004 Mary was awarded a prestigious Papal Order and title of Dame of the Order of St Gregory the Great, for over 6o years of service to the Church.

Mary and Jim had six children, Paul, MaryAnne, Maureen, Kathleen, Elizabeth and Margaret. They have 23 grandchildren and (a whopping!) 36 great-grandchildren.

Mary was loved and admired by many people. She was a great example of love and kindness and a devout Catholic, always involved in Parish life. Her love for Jim, her family, grand-children, great grand-children, nieces, nephews, and friends, was evident throughout her life and she will be missed by all who knew her.