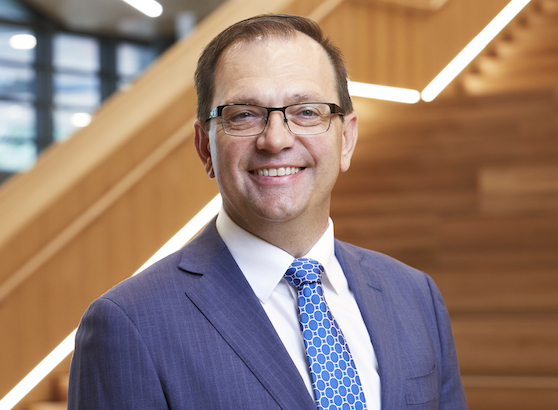 Professor Skrbis joins ACU from Monash University where he is the outgoing Senior Pro Vice-Chancellor (Academic) and Standing Deputy for the Deputy Vice-Chancellor and Vice-President (Education). He has held several leadership roles at Monash since 2013 including Vice-Provost (Graduate Education) and Pro Vice-Chancellor, Research & Research Training. Before that he held senior positions at the University of Queensland from 2009-2012.

He is also Professor of Sociology at Monash University, Honorary Professor in the School of Social Science at The University of Queensland, and an Honorary Monash–Warwick Professor.

A sociologist, Professor Skrbis has a distinguished international research profile in the fields of migration, cosmopolitanism, social theory and youth studies. He is the Principal Chief Investigator on the multi-wave ARC Discovery Project ‘Social Futures and Life Pathways of Young People in Queensland’.

He has extensive experience in international engagement. He has also held a number of roles representing higher education domestically and internationally, including with the Deans and Directors of Graduate Studies of Australia and as the inaugural Secretary of the Australian Council of Graduate Research.

Professor Skrbis holds Diplomas of Philosophy (Honours) and of The Sociology of Culture (Honours) from the University of Ljubljana, Slovenia, a PhD in Sociology from Flinders University, and has completed a Program for Leadership Development at Harvard Business School.

“It is a privilege to be appointed to this position and I am excited about being given the opportunity to help ACU fulfil its ambitions for the future,” he said.

Vice-Chancellor and President Professor Greg Craven said he was delighted to welcome Professor Skrbis to the University. “We are tremendously fortunate that Professor Skrbis is joining ACU. He is widely revered for his hands-on approach to supporting research and innovative learning and teaching methods.

“His considerable leadership skills and a determination to improve social equity which make him the ideal person to build on ACU’s reputation of quality teaching and research,” Professor Craven said.

Professor Skrbis will take up his role in November 2018. He is replacing Professor Anne Cummins who is retiring after more than two decades of close association with ACU, nine of these as Deputy Vice-Chancellor.

Professor Craven thanked Professor Cummins for her ongoing service to the University.

“Anne has played a key role in ACU’s development and growth to the remarkable university we have become. I would like to thank her for her tireless commitment to the ACU community as a teacher, guide and mentor.”