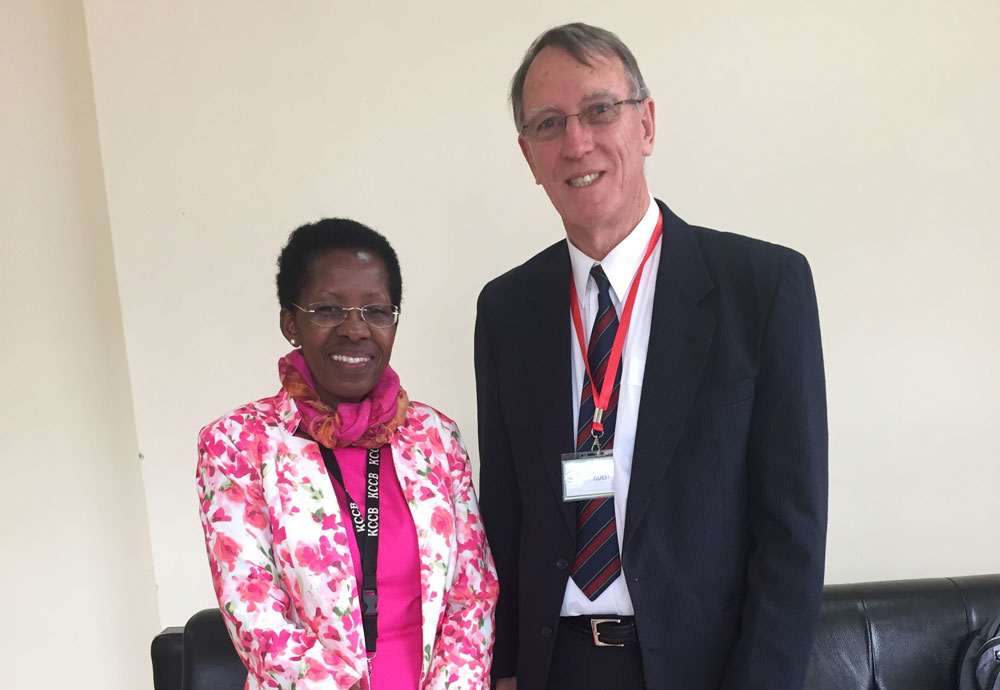 Highlighting some of the current social problems in Australia, including the growing lack of understanding and commitment to true democracy, was the central theme of a keynote presentation delivered at the annual Kenya Catholic High School Principals conference by Professor Christopher Branson, Director of Catholic Leadership Studies at Australian Catholic University’s (ACU’s) La Salle Academy.

Hosted by the Catholic University of Eastern Africa in Nairobi the conference, which attracted more than 1400 delegates this year, is an annual event for Kenya Catholic secondary school principals as well as government and Catholic education system delegates.

Now in its sixth year the conference features keynote speakers aligned with key issues currently being faced by secondary principals throughout Kenya.

“Democracy is more than having a right to vote towards selecting a government,” said Professor Branson. “It is about becoming both rational and moral persons, building a future based on reason and progress but founded on a willingness to compromise for the common good, nurturing people committed to consensus and cooperation which creates a civil and ordered society, and a willingness to be open minded and share power and influence.

“Moreover, such leadership and culture enable the Catholic school to achieve its core mission, which I describe as modelling, promoting and creating the kingdom of God within the school community each and every day.”

The presentation was well received with many conference delegates requesting access to Professor Branson’s presentation. The conference concluded with the Vice-Chancellor of the Catholic University of East Africa expressing his desire to establish ongoing professional ties with ACU.

Hundreds of Catholic schools across Australia were asked to start Lent this year with a commitment to buy and eat only slavery-free chocolate at Easter. Read More