Local Christian Churches gather to pray for the Queen “The Queen’s commitment, faithfulness and stamina sustained her for a 70-year reign. Her steadfast service to nation, commonwealth and God has earnt her worldwide admiration,” he said.

Before the service, Archbishop Prowse referred to Queen Elizabeth as a ‘mother figure’ to all.

“Not only was she a woman of great faith, but also a mother figure to not only Anglicans but the commonwealth and the global church in a time of great fluidity and uncertainty,” he said. 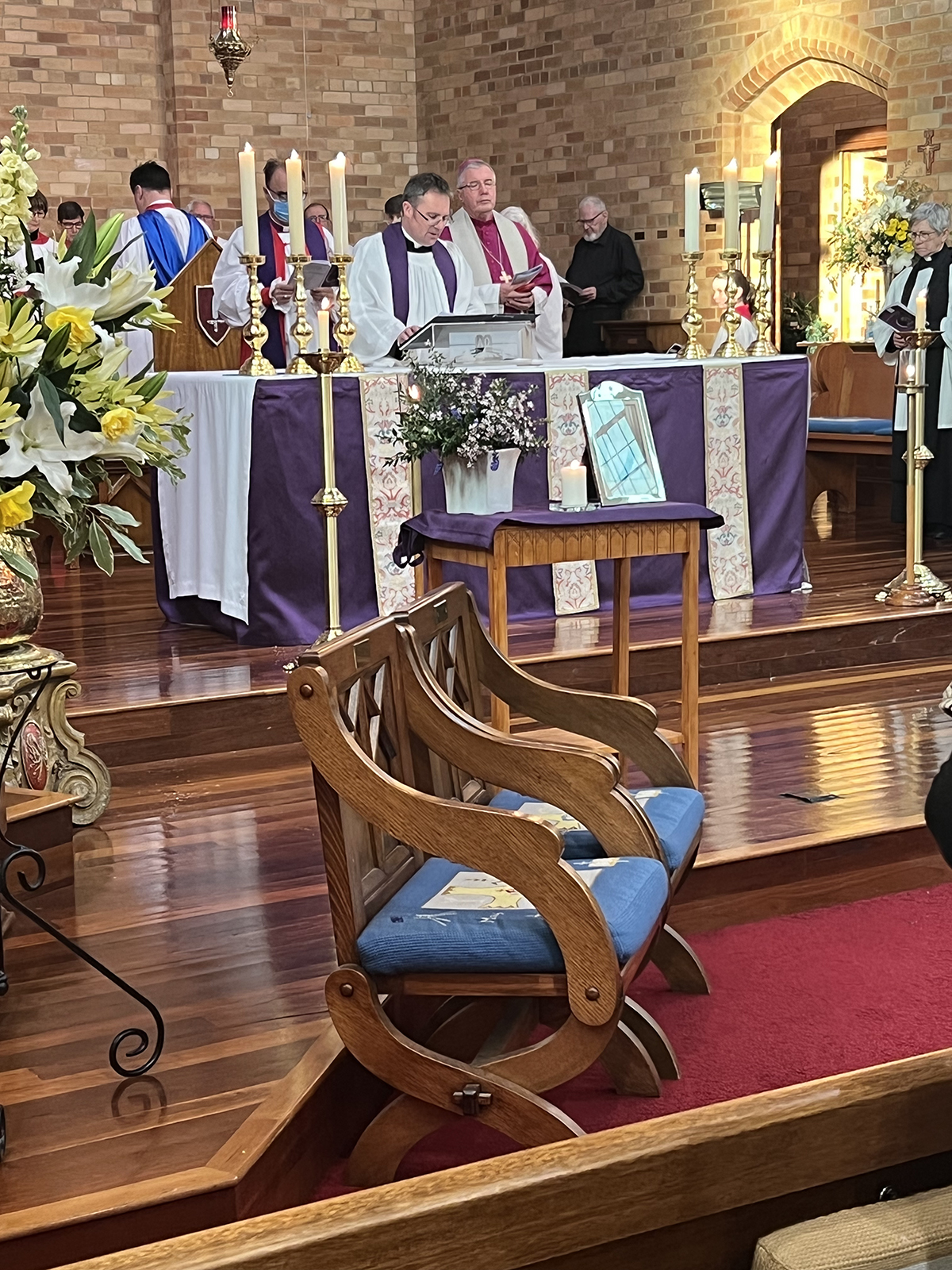 Glastonbury chairs with specially made hassocks for the 1988 Royal Tour

Bishop Short recounted the Queen, and Prince Phillip’s, attendance at Sunday Service in St Paul’s, Manuka, in 1988. The Royal Tour was one of her 16 visits to Australia and included the official opening of the new Parliament House in Canberra.

Several items commemorating the visit were on display in the church including two Glastonbury chairs with specially made hassocks for the occasion.

Leading the congregation, Bishop Short praised the Queen’s example of selfless, dedicated service over many decades.

“Today, we thank God for the remarkable example of these virtues which she has modelled in public life for so long. Queen Elizabeth now finds well-deserved rest in a God from whom she drew strength.”

Canberra turned on the weather for the Brumbies High School and College 7s Finals yesterday which was held at Southwell Park in Lyneham. Read More