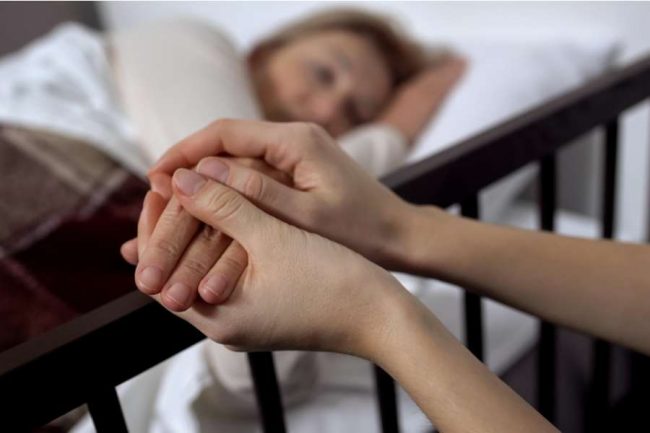 Melbourne, Australia, Feb 20, 2020 / 03:01 pm (CNA) – A total of 52 people in the Australian state of Victoria ended their lives by doctor-assisted suicide in the first six months since the state’s Voluntary Assisted Dying law went into effect.

Between June 19 and December 31 of 2019, 136 Victorians started the process to obtain lethal medication to end their lives; 81 were issued a permit to end their lives with the help of a doctor. The numbers exceed the official projections, which predicted only a few dozen people would apply to end their lives.

According to a report from the Voluntary Assisted Dying Review Board, published on Wednesday, Feb. 19, all of these suicides were committed in accordance with Victorian law.

In Victoria, the second-most populated state in the country, only adult Australian citizens or permanent residents with an “advanced disease that is expected to cause death within six months,” or within a year for neurodegenerative diseases are eligable for doctor-assissted suicide. Patients must also have the capacity to make and express the decision to end their lives, and have lived in the state of Victoria for at least 12 months.

“The law has many safeguards to make sure that it is the person’s own decision and that no one is under any pressure to request voluntary assisted dying,” says the health.vic website’s section on assisted death.

In July, the first permit in Victoria for an assisted death was issued. At the time, the woman’s identity was kept anonymous, but was later revealed to be Kerry Robertson. Robertson, 61, who had been diagnosed with cancer that spread to her bones, lungs, brain, and liver, sought to end her life when her pain became unbearable and her palliative care team was unable to help her.

Robertson applied for the permit to end her life the first day she was legally able to, and cited “loss of joy” due to her excessive levels of pain as the primary reason for seeking to end her own life. She died by voluntary assisted death on July 15, in a nursing home, with her two daughters at her bedside.

The numbers in the report exceeded the estimates made in July 2019 for the number of people who would seek euthanasia.

In July, Victorian Health Minister Jenny Mikakos said that state officials anticipated about a dozen people would end their lives in the first year of legal voluntary assisted dying, and that it would peak around 150 people each year.

As part of the law, the Voluntary Assisted Dying Review Board is required to issue a report every six months during the first two years of legalized assisted dying. The report published on Wednesday was the second of these reports.

Efforts to further legalize assisted suicide in Australia have failed in the regions of Tasmania, New South Wales, and South Australia. The state of Queensland has begun an inquiry into the legalization of the practice, and Tasmania will consider a bill that would legalize assisted dying for the second time.

AN emergency aid flight has reached Timor Leste, after a group of Australian veterans stepped in to raise funds for the flood-devastated nation. A chartered ... Read More