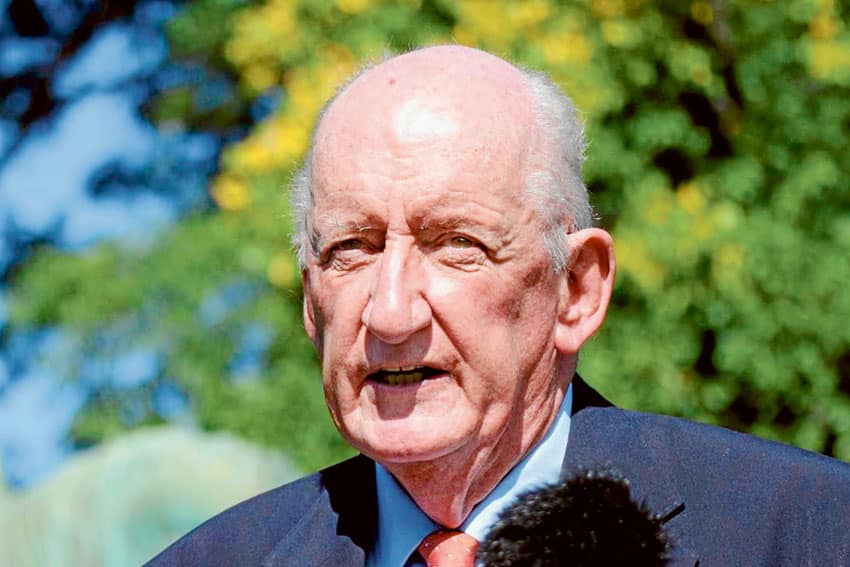 Archbishop Mark Coleridge has paid tribute to former Ambassador to the Holy See Tim Fischer, who died today, saying he lived as a proud Catholic and a proud Australian.

Mr Fischer, who was educated by the Jesuits at Xavier College in Melbourne, had a long and distinguished career in the New South Wales and Australian Parliaments.

At the federal level, he served as leader of the National Party of Australia during the 1990s and Deputy Prime Minister and Trade Minister under John Howard between 1996 and 1999.

He had earlier served in the Australian Army during the Vietnam War.

Archbishop Coleridge, president of the Australian Catholic Bishops Conference, said Mr Fischer was a larger-than-life personality who throughout his career was genuinely dedicated to service.

“Tim was a man of many interests and with many talents, but those of us who have known him will remember most his warmth, his humanity and his strong conviction to pursue what is right,” he said.

In 2008, the Labor Government appointed Mr Fischer Australia’s Ambassador to the Holy See. During his tenure from 2009-12, Australia’s first saint, Mary of the Cross MacKillop, was canonised.

In 2012, he was made a Knight Grand Cross in the Order of Pius IX, one of the Church’s highest honours.

“Tim was very proud to be our man at the Vatican at the time and was a remarkable host and ‘ambassador’ for Church and country,” Archbishop Coleridge said.

He noted that “Tim was renowned for his love of trains and, even during his time representing Australia in Rome, he managed to reactivate the Vatican railway”.

“He was loved by all who met him”, the Archbishop said, “and we mourn his passing. But we also celebrate all that Tim gave to his family, his community, his Church and his country.

“May he rest in the peace of Christ.”