Bishops preparing for visit to tombs of the Apostles 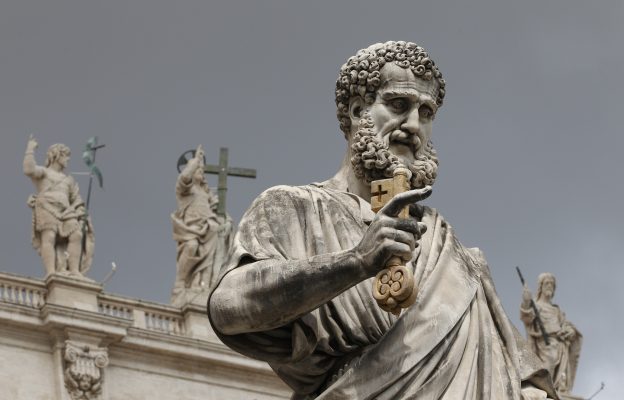 The statue of St Peter is seen in front of St Peter’s Basilica. Photo: Paul Haring.

Australia’s Catholic bishops will travel to Rome in June for their visit Ad Limina Apostolorum, culminating in prayer and Mass at the tombs of Sts Peter and Paul.

Bishops conferences from around the world typically make the Ad Limina Apostolorum visit, translated as “To the threshold of the Apostles”, every five years. However, with the change of Pope in 2013 and Ad Limina visits cancelled during the Year of Mercy, the Australian Catholic Bishops Conference has not made the visit since 2011.

“Ad Limina pilgrimages are a time of deep prayer – at the tombs of the Apostles and at the major basilicas in Rome – and also a chance for the bishops of Australia to strengthen our bond of communion with the Bishop of Rome,” ACBC president Archbishop Mark Coleridge said.

“This will be our first chance to meet as a Conference with Pope Francis, and it comes at a tumultuous time when we look to him, as the Successor of Peter, to confirm us in faith.”

During their dialogue with Pope Francis, the bishops will provide information and insights from their own dioceses and listen to the Pope’s reflections on the Church more broadly.

“Other bishops conferences have said that the meetings as a group with Pope Francis are easy, open and collegial,” Archbishop Coleridge said.

“That’s certainly something that will suit the Australian bishops, especially at a time like this.”

The bishops will also meet with the various departments of the Holy See, in the interests of mutual understanding and collaboration.

The discussions will revolve around the comprehensive reports that each diocese has provided in preparation for the Ad Limina visit.

On June 29, as part of the pilgrimage, Archbishop Peter A. Comensoli of Melbourne will be among those receiving the pallium, a woollen stole given to new Metropolitan Archbishops as a sign of communion with the Pope.

“The presentation of Archbishop Comensoli’s pallium on the Feast of Sts Peter and Paul will be a rich symbolic moment for him and for all the bishops, taking us back to the very origins of Christianity,” Archbishop Coleridge said.

While in Italy, the bishops will also have a time of retreat to help them prepare for the Plenary Council 2020.

Jesuit Br Ian Cribb will lead the retreat, with a special focus on the need for discernment and the Catholic understanding of discernment – a pivotal aspect of the next stage of the Plenary Council process and the Council sessions themselves.