BOOK REVIEW: AMEN – A history of prayers in Parliament 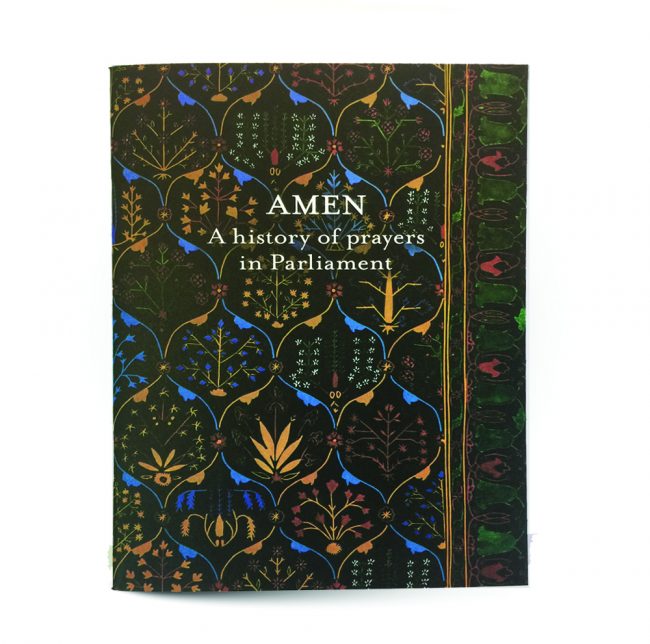 It is common for members of the Australian Parliament to join the Speaker in reciting the Lord’s Prayer each morning. This wasn’t always the case. When I was elected in 1991, members listened while the Speaker read the prayer. The change occurred in the early to mid-1990s when a group of members decided to join the recitation.

As a law student, I had the privilege of the late Christopher Weeramantry supervising my Masters thesis. A professor of law at Monash University, Weeramantry subsequently served on the International Court of Justice. He was a prolific author, penning more than 20 books during his life. Amongst volumes on subjects as varied as contract law and human rights, one stood out. Entitled The Lord’s Prayer: Bridge to a Better World, the book examined the 56 words of the most well known Christian prayer.

Writing from a legal, rather than theological perspective, Weeramantry used the prayer as a text for examining concepts such as dignity, honesty, responsibility, fairness, tolerance and so on. In doing so, he drew on great writings from various faiths and religions.

I was reminded of this important book when reading a new occasional paper from the PM Glynn Institute, AMEN – A history of prayers in Parliament. The Prime Minister launched the booklet at the National Prayer Breakfast.

The Institute is named in honour of Patrick McMahon Glynn, a South Australian delegate to the 1897 Constitutional Convention, who successfully carried the case for the phrase ‘humbly relying on the blessing of Almighty God’ to be included in the preamble of the Australian Constitution. The Institute, which is a part of the Australian Catholic University, seeks to explore religion and faith as part of the important and enduring features of the social and political landscape.

The booklet traces the history of prayers in Parliament, reaching back to about 1558 in the UK. It reflects on the nature of prayer and its continuing relevance today.

The authors of AMEN, like Weeramantry, remind us that the Lord’s Prayer is not narrowly Christian. People of many faiths, Judaism and Islam included, recognise a creator. It was Glynn who remarked that the words ‘humbly relying on the blessing of Almighty God’ were simple and unsectarian. ‘They are expressive of our ultimate hope of the final end of all our aspirations, of the great elemental truth upon which all our creeds are based and towards which the lines of our faith converge. . ,’ he said. ‘It will thus become the pledge of religious toleration.’

The authors observe that ‘together, the Acknowledgement of Country and the prayers recognise two ancient traditions of wisdom which are founding parts of the Australian story. These traditions continue to live and grow in two diverse and important communities in Australia. They are invoked each day at the commencement of Parliament’s work in a simple ritual, which is at once an expression of gratitude and reverence for how these traditions have shaped our country, and an expression of confidence and hope in the future that they help to make possible.’

It was the former Chief Rabbi of the Commonwealth, Jonathan Sacks, who reminded us public religion is an antidote to the Hobbesian image of life as ‘solitary, poor, nasty, brutish and short.’ Religion focuses our attention on the community, not on the selfish individual. That view should attract the support of all people concerned for the common good.

NEWER POSTEternal Rest Grant Unto them, O Lord
OLDER POSTTokyo archbishop: It is ‘difficult to find success’ on evangelization in Japan