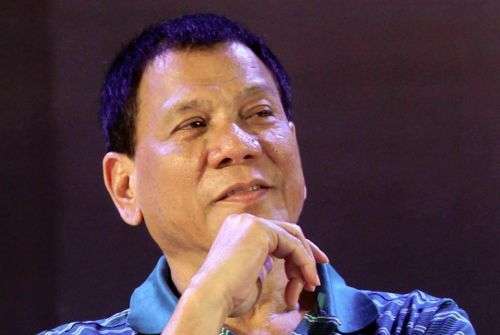 CNA Staff, Jul 30, 2020 / 12:17 am (CNA) – Catholic leaders in the Philippines have spoken out against President Rodrigo Duterte’s call to reinstate the death penalty for illegal drug use and other crimes.

Fr. Silvino Borres, president of the Coalition Against Death Penalty (CADP), stressed that all people are made in God’s image, and God desires life and healing rather than death.

“Whenever you call for the death of another person even just in thoughts, we are already sinning against the Lord who calls everyone to life,” Borres said a homily this week marking the 14th anniversary of the death penalty being suspended in the Philippines.

Borres warned that the death penalty “is against God, who is the God of life and love,” the Catholic Bishops’ Conference of the Philippines reported.

He called on Catholics to fight the culture of death by working “to shed light on every occasion where there is transgression on life.”

Use of the death penalty in the Philippines was suspended in 2006.

However, in his State of the Nation Address on July 27, President Duterte called for capital punishment to be reinstated as a deterrent in cases of heinous crimes, plunder and illegal drugs.

Since 2016, Duterte has been heading a brutal war on drugs in the Philippines. The president was elected on a platform promising to address the country’s drug problem, and he continues to enjoy high levels of approval among citizens.

However, the campaign against drugs has drawn significant international criticism for its reported extrajudicial killings and death squads. Thousands of people have been killed in the crackdown, with human rights activists suggesting the number may have exceeded 10,000. The alleged suspects are often shot by police under the allegation that they attacked first. In addition, extrajudicial killings have sprung up, with vigilantes killing hundreds of people suspected of drug sales or use.

The Catholics bishops of the Philippines have repeatedly denounced the violence. They have stressed the need for justice and have encouraged rehabilitation efforts rather than harsh enforcement measures.

Bishop Joey Baylon of Legazpi, who chairs the bishops’ Commission on Prison Pastoral Care, rejected the idea that the death penalty is an effective deterrent for drug use and other crime.

“Studies have proven this time and again,” he said in response to the president’s speech, according to ucanews.

“With the death penalty, justice is nothing but punishment and never a way to reform the offender. But true justice is restorative, never punitive,” the bishop said.

Baylon called on lawmakers to enact policies that respect human dignity and focus on “a justice that promotes healing and rehabilitation,” according to the Catholic Bishops’ Conference of the Philippines.

“While we believe that offenders must be made accountable for their acts or omissions committed against their victims and the community, they should be given proper treatment to enable them to rehabilitate and change for the better,” he said.