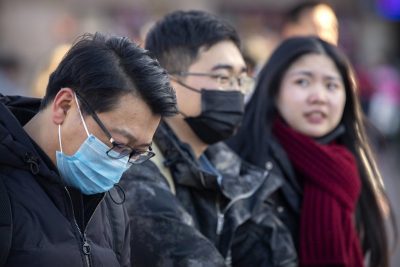 Wuhan, China, Jan 31, 2020 / 04:27 pm (CNA) – As the deadly coronavirus continues to spread in China, church services in some areas have been cancelled for this weekend.

Churches in Hubei, the epicenter of the virus, were shut last Sunday. This week, two more provinces announced a ban on church services.

Last month, an outbreak of 2019-nCoV was reported in the Chinese city of Wuhan. Believed to be a new strain within the coronavirus family, the virus can cause fever, cough, and difficulty breathing. In some cases, it can lead to pneumonia, kidney failure, and severe acute respiratory syndrome.

The virus was first reported in Wuhan, where it is believed to have originated at a seafood market. Highly contagious, it quickly spread, and more than 9,000 infections have been reported, with more than 200 deaths in China.

With the infection rate continuing to grow, the World Health Organization declared a global health emergency on Thursday.

Human rights groups have criticized the Chinese government for censoring information from the public, downplaying the contagious nature of the virus, and denying infection rates.

A report from Human Rights Watch this week said that “authorities have detained people for ‘rumor-mongering,’ censored online discussions of the epidemic, curbed media reporting, and failed to ensure appropriate access to medical care for those with virus symptoms and others with medical needs,” according to UCA News.

During his Angelus address on Jan. 26, Pope Francis prayed for the victims of coronavirus.

“May the Lord welcome the deceased in his peace, comfort families and support the great commitment of the Chinese community, already put in place to fight the epidemic,” he said.