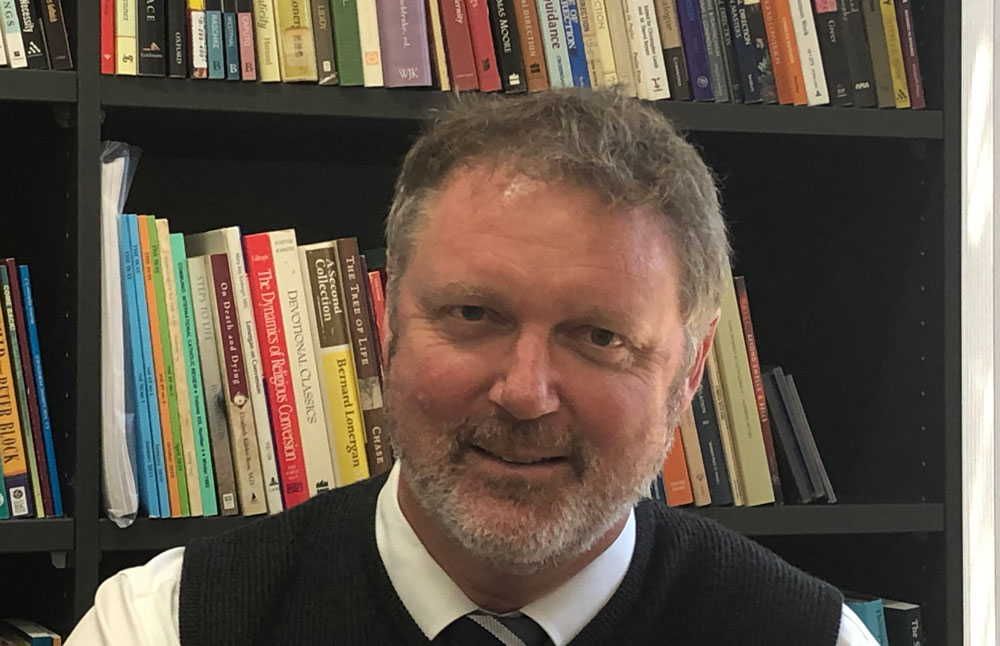 Director of the National Centre for Evangelisation and the Catholic Enquiry Centre, Shane Dwyer.

There’s that curious scene in Matthew’s gospel (12:22 – 28) where Jesus is accused of calling on the power of the devil in order to drive out the devil. It provokes a number of questions from an exegetical point of view, but we won’t go into that here. Instead, we focus on Jesus’ response and its enduring relevance to our own situation today. He replies: “a house divided against itself cannot stand”.

The image of the Church as either a family or a household is not new. While neither image is exhaustive, they say something of the reality to which we aspire. The idea is that, as Catholics view and relate to one another, our fundamental stance is to be that we see in one another ‘brothers and sisters’ linked by a bond that goes beyond friendship and even blood ties. We certainly don’t see one another as enemies.

Maintaining a filial connection in any family is often easier said than done. This can be even more the case when the family is under pressure. Families in crisis typically do one of two things: turn on one another and then fall apart, or pull together and so grow stronger. It seems we may be trying to do both within the Church in this country at the moment.

Having been involved in serving the Church in a variety of capacities over the years I have witnessed the cracks that divide us. Interestingly, to me anyway, is that these cracks are not typically along the lines of who’s in the right and who’s in the wrong, even though that can feature as arguments unfold.

Rather, the major divide is along an imaginary continuum that has those who believe that the Church will only thrive and fulfil its mission if it jettisons anything this group considers to be an accretion and obsolete on the one hand, and those who believe that our future lies in re-embracing traditional practices and disciplines on the other. To put it simplistically, there are those who say ‘let it go, it isn’t working’ and those who say ‘it will only work if we try harder’.

Both groups are represented by very good people and both have a point that deserves to be listened to.

We look first at the cleric as, for better or worse, that tends to be the form of leadership within the Church that springs most readily to mind. Leaving aside the ordination of women and married men as a distraction for the moment, there is a much more fundamental question: which way up is the triangle? By this I mean: to what degree is the cleric someone to be obeyed by virtue of his ordination (i.e. he’s at the top of the triangle, pointy end up) or is he someone who serves with his authority being grounded in his authenticity and not just in his role (i.e. he’s at the bottom of the triangle, pointy end down)?

The way in which you orient the triangle has important implications not only for the cleric, but for the role of the lay leader. By virtue of baptism, all are called to be ‘priest, prophet and king’. However, how that is exercised in collaboration with the cleric is, as many have found, a fraught business. If the triangle is ‘pointy end up’ the lay person may do his or her best within limited parameters (and many do this very well), but in effect must wait for the leadership of the cleric before feeling mandated to do anything of significance within the Church, and in relation to the Church’s mission. It is an experience of disempowerment, as that clerical endorsement can be withdrawn at any time.

If the triangle is ‘pointy end down’ the lay person experiences him or herself as mandated to get on with the mission entrusted to the baptised, not in opposition to the cleric but supported and served by him. It is an experience of empowerment, as his or her leadership is not dependent on the comings and goings of the clerics.

This is not an attempt to have a go at priests and bishops. I know plenty of lay people who are even more beset by clericalism than our most power-protective cleric. Instead, it is simply to highlight a point of division within our Church that often results in misunderstanding and tension. It revolves around this two-part question: are lay Catholics simply children with clerical fathers from whom they must receive permission before they can live their baptismal vocation? Or are we brothers and sisters living out our baptism in an increasingly difficult environment, with our brothers the priests and bishops there to assist us to live that mission the best they can?

The way in which Catholics answer this question accounts for much of the tension within the Church. It will impact on the Plenary Council. Whose vision will prevail: pointy end up, or pointy end down? Whichever it is, there is one thing for certain: a house divided cannot stand.