Day two of Cardinal George Pell’s final chance for freedom at the High Court starts at 10 am today. Catholic Voice Editor, Felicity de Fombelle is onsite covering the proceedings and will provide updates throughout the day

After two days of heavy legal arguments, the High Court has reserved judgment in Cardinal George Pell’s appeal against child sex abuse convictions, with a decision not expected for months.

Thursday 12 March 2:05 pm
The Victorian Director of Public Prosecutions has been putting its case today to the full bench of the High Court in Canberra in the Pell V The Queen hearing.
The two main issues have been whether the Victorian Court of Appeal should have watched a video of the surviving choirboy giving evidence and the practice of Archbishop Pell greeting parishioners after Mass at the Cathedral for about 10 minutes.
This would have meant the offences could not have occurred as alleged by the former choirboy.
The jury saw the video of the choirboys’ evidence but the Court of Appeal’s task is not to duplicate the function of the jury and so it was argued it was not relevant that they watch it.
One Justice commented, ‘You shouldn’t watch it unless there is a forensic reason to do it’.
Chief Justice Kiefel said ‘the assessment by video evidence is so subjective it is very difficult to say how it has affected an appellate court judge’.
Regarding the Archbishop’s practice to chat with parishioners on the front Cathedral steps after Mass, prosecutor Kerri Judd QC accepted ‘it is favourable to Pell in terms of the jury not being able to reach the requisite standard of proof beyond reasonable doubt’.
But she argued the High Court has to look at all of the evidence and said the Archbishop did not always follow the usual practice.
The prosecution case continues this afternoon and defence counsel will have an opportunity to respond.
The two-day appeal hearing finishes today. 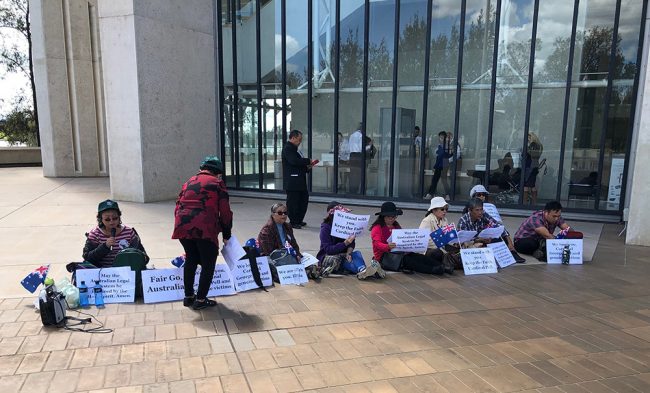 Fr Tony Percy, Vicar General, Archdiocese of Canberra and Goulburn The police have warned Catholic priests they are breaking the law by celebrating their regular ... Read More