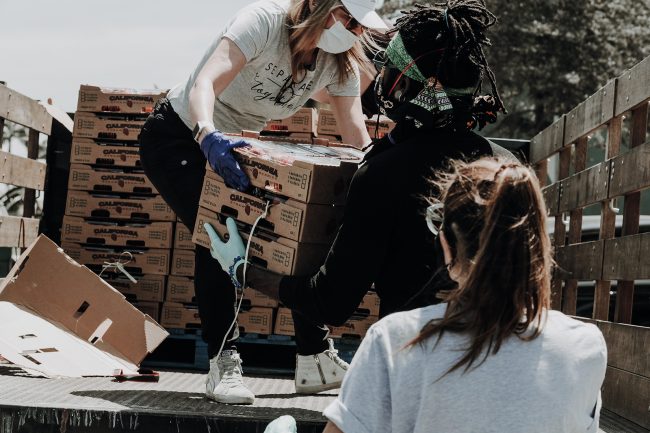 Cancelled events and pandemic-induced economic hardship meant in 2020, charitable giving levels dropped to record lows. But new data suggests that the worst might now be over.

The JBWere and NAB Charitable Giving Index, released in July, found that while giving levels had been on the rise, the drop in donations in 2020 brought the index average back down to mid-2016 levels, losing the gains of the past five years.

This is the first set of data to analyse the rates of philanthropic giving since the start of the pandemic, following predictions in April last year that giving would drop by 7.1 per cent in 2020, and then by a further 11.9 per cent in 2021.

The predictions were relatively close, with giving dropping by around 4 per cent in 2020, and then 16 per cent in the first half of the 2020/21 financial year.

Ironically, this decline came just after one of the strongest periods of disaster-giving seen in Australia due to the 2019/20 summer bushfires.

The worst may actually be over

The Melbourne Royal Children’s Hospital Good Friday Appeal was used in the report as a marker of philanthropic success due to the fact that since 1931, the event had rarely seen a flat or lower year on year result until 2020.

The report noted that the recovery seen in the 2021 event was promising.

Compared to 2020, when the event received the majority of its donations from the Victorian government and raised under $10 million from public donations, the 2021 event raised around $16 million and received minimal government support.

“The strong, although not quite full, recovery seen in the April 2021 event from non-government giving provides further hope that the worst has now passed,” the report said.

Corporates and the wealthy stepped up

Report author John Mcleod told Pro Bono News that while mass-market giving dropped during the pandemic, corporate giving levels and the top end of philanthropic giving remained strong throughout 2020 and beyond.

McLeod said that this trend reflected the differing economic outcomes across the economy and the broader long-term trends of widening income and wealth inequalities in Australian society, and was something that charities needed to pay attention to.

“Charities should be trying to understand basic corporate philanthropy and engage more with it,” McLeod said.

“That’s not to say they should ignore mass-market philanthropy, but [they should] not be so reliant on that as a stream of income.”

Similar results have been seen in the US during 2020 when foundation giving rose 17 per cent against individuals at only 2.2 per cent.

Health and international aid come out on top

There were also particular sectors that fared worse than others during the pandemic. The biggest drops in giving were across the arts, culture and education, which McLeod noted was most likely because they didn’t have any interaction with their normal supporters.

“International aid had been struggling in recent years, but people did react to the perilous state of the global health crisis and it was reflected in the amount that people were giving away,” McLeod said.

A word of encouragement to the Catholic people of Australia

"At the recent Australian Catholic Bishops Conference, the bishops desired to reach out to you all in these most difficult of times. It offers you ... Read More