From bishops to students – many mourn Queen at National Service Politicians, ambassadors, church leaders, school students and other guests have joined the governor-general, prime minister and opposition leader for a unique service to commemorate the life of Queen Elizabeth II.

The Queen was remembered for her decades of service to the Commonwealth at the memorial service in Parliament House, marking a national day of mourning for one of the longest reigning, and most popular, monarchs in world history.

Representing the Australian Catholic Bishops, Archbishop of Canberra and Goulburn, Christopher Prowse, said that a highlight of the service for him was the minute’s silence observed inside Parliament House.

“During the minute’s silence, there was a tangible presence of something uniting us, which we as Christians recognise as the Lord,” Archbishop Prowse said. ” The Queen symbolises a dignified unity – sometimes spoken, sometimes unspoken. In this fractured world, it is great to have world leaders who unite rather than divide.”

Also attending the memorial service were several community organisations, including, members of the state emergency services and the Scouts, and school students representing many Canberra Catholic and Government primary and secondary schools.

Watching on, Principal David Austin was astounded at not only Sienna’s confidence but how accommodating the two former Prime Ministers were. “They were very nice”, declared Sienna, “they asked me which school I attended and what year I am in.” 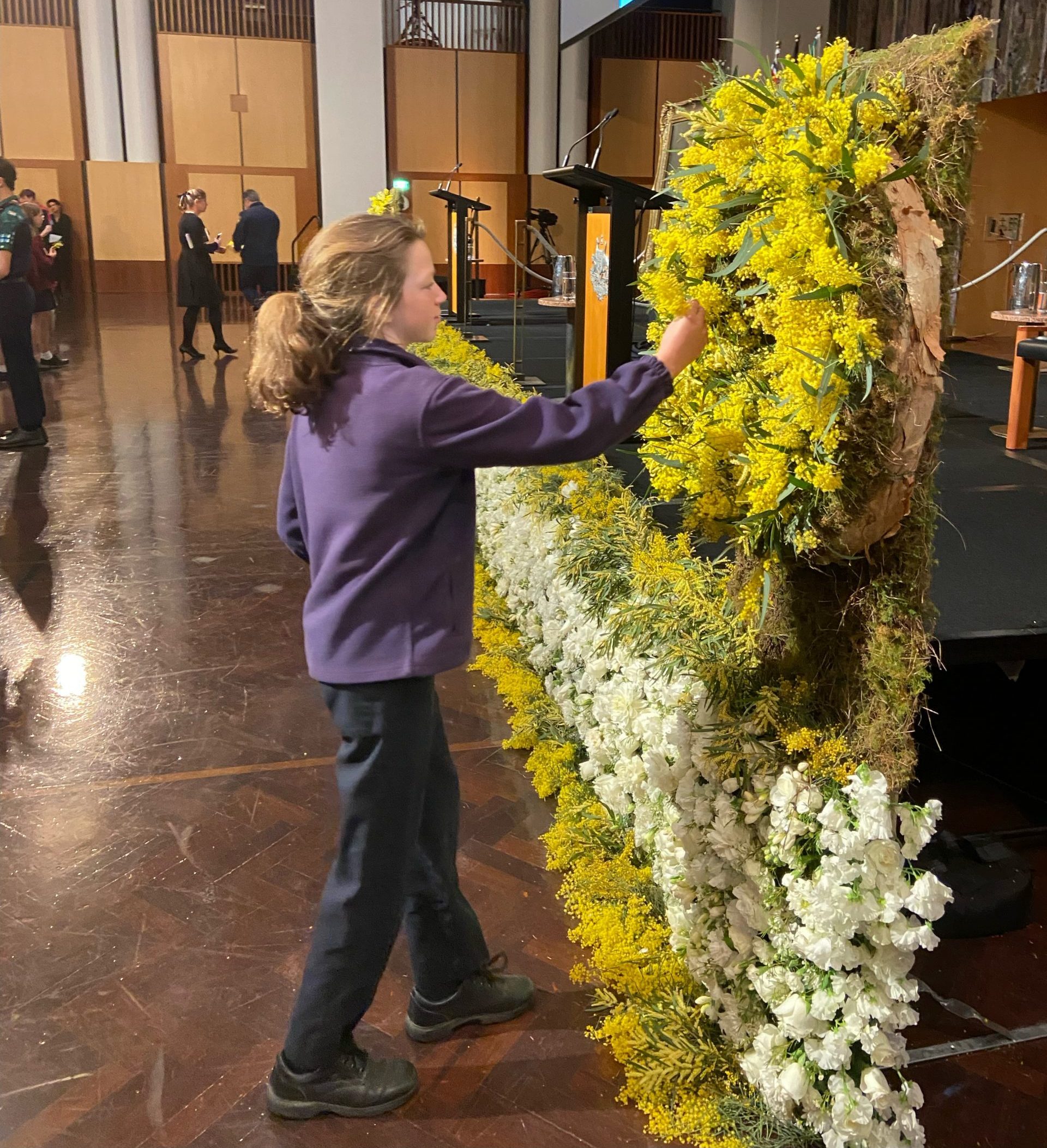 After pulling names out of a hat, four students and the school’s admin officer accompanied Mr Austin.

“Attending the service was an excellent opportunity for the students,” Mr Austin said.

“Having national leaders and Year Six student leaders in the same room along with representatives from many community organisations and all on a similar footing, made it an absolute honour to be involved. It’s not just about honouring past leadership,” Mr Austin said, “but Australia’s future leaders too.”

“Placing students in an environment in which values such as servant leadership, decency, humility, loyalty and dedication to God and family life are affirmed by the nation’s leaders is extremely inspirational for our young people,” he said.

Locked down parishioners have shown their wish for community and prayer in answer to an invitation from Archbishop Christopher Prowse to join him for ... Read More