From sleeping rough to sleeping safe A FORMER convent in Lyneham will reopen next month as accommodation for 26 homeless women, including mothers and children.

And a separate two-year pilot program is supporting 32 homeless men and women to move off the streets and into permanent homes, with ongoing help to rebuild their lives.

“These are significant initiatives and very much about the mission of the Catholic Church,” the psychologist said.

“We see the humanity in every person on the street.  These projects are like gifts to us and we are so excited about what we can achieve.”

Former convent MacKillop House was built in the 1960s for the Sisters of Saint Joseph and has recently been used as university accommodation.  CatholicCare received a $150,000 ACT government grant for the project which involves:

• Repurposing the main building as housing for up to 12 months for 20 homeless women who have experienced relationship breakdown, economic hardship or domestic violence’

“This is part of the Sisters’ legacy,” Anne said.  “Their mantra was never see a need without doing something about it.  CatholicCare saw a need and went to the Sisters who wanted to support us.

“Single women over the age of 50 are the fastest-growing population of homeless people.  They are part of the hidden face of homelessness, so to be able to offer them safe accommodation is a fantastic opportunity.”

The ‘Housing First’ approach helps people sleeping rough, in cars, tents, alleyways or behind dumpsters, move from the streets into a permanent home.

That is when the real work begins, with CatholicCare providing intense support services to help people rebuild their lives and address the issues that may have led to homelessness, such as mental illness, drug and alcohol addictions, abuse, family breakdown, incarceration or childhood trauma.

“It was very cold last week and we housed two older men who were in sleeping bags in the open air,” Anne said.

Job satisfaction comes easily to Anne, a mum who worked for CatholicCare for many years before taking the helm six years ago.

When someone walks in off the street with their life in a shopping trolley, and Anne and her team can see them into a home, that makes work so much more rewarding.

“We have housed 10 people in the last three weeks,” Anne said.

“If we can help 32 people move from the streets through Axial Housing, and provide safe accommodation to homeless women through MacKillop, what a fantastic outcome for everyone.” 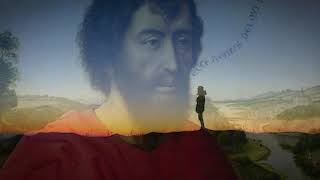