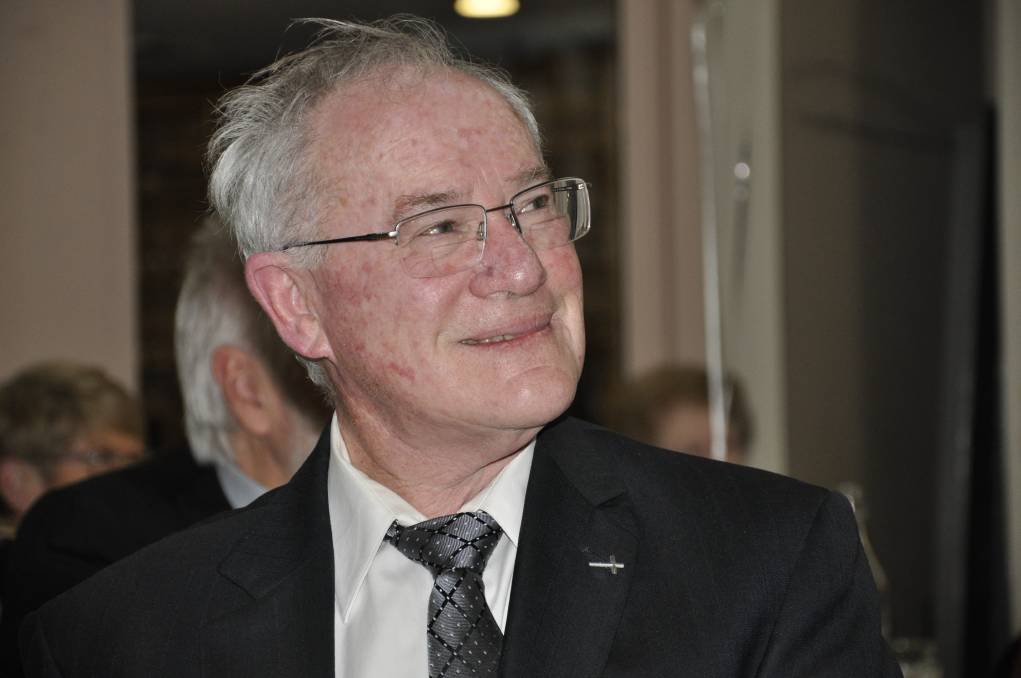 The following story by LOUISE THROWER is reproduced here with the kind permission of the Goulburn Post.

In typical style, Father Dermid McDermott told a joke instead of regaling the audience with a speech at his farewell function.

It had all the elements – a refurbished chalice, an Aldi shopping bag, an ALP membership card, police, a train trip and even the “crown jewels,” most of which does not bear repeating.

“Believe what you want to believe,” he quipped at the end, to a roomful of laughter.

Wit and humour has been a trademark of the Mary Queen of Apostles parish priest of the past 11 years. On Sunday September 15, some 150 people gathered at the Goulburn Workers Club to farewell Father McDermott and his assistant priest of one year, Father Lolisio Gisa. Fr McDermott is retiring and will shortly leave on a pilgrimage to Rome, while Father Lolosio will take up an appointment as parish priest to Cootamundra.

The function also marked the 180th anniversary of the Goulburn parish’s formation.

Vicar General of the Canberra/Goulburn Archdiocese, Father Tony Percy, told The Post that Fr McDermott had brought a wealth of experience. The son of former Goulburn Mayor, Ernie McDermott, he was born at Braidwood and later educated at Saint Patrick’s College. He came to the vocation later in life, following a legal career.

Father Percy said his legal mind had been a great asset to the parish.

“He’s known for being quite insightful and very frank in his advice. He’s also funny with a wicked sense of humour,” he said.

“…But he’s also a wordsmith, a great preacher and is compassionate. I’ve celebrated funerals with him and you can see the heart of the guy.”

Fr Percy told the crowd that half of the proceeds from the current Joseph’s Gate subdivision on Taralga Road would also go towards the restoration. He was unable to name a figure at this stage.

He said Fr McDermott had left the parish in “great shape” through his management of church assets.

Dr Stephens echoed the sentiment. She said he was known for his love of Goulburn and had been a “good shepherd” for the parish and community.

“His sermons are always about reminding us of our place in Catholic history and in the world. People come back to his sermons all the time because they are so thoughtful and relevant to today’s world,” she said.

“He’s preached about refugees and made his voice pretty clear. We see him as someone who has been a very gentle, spiritual leader of our community in a way that’s quite different to other priests.”

This had extended to his care of people who suffered institutional sexual abuse, which Dr Stephens said had affected him deeply. 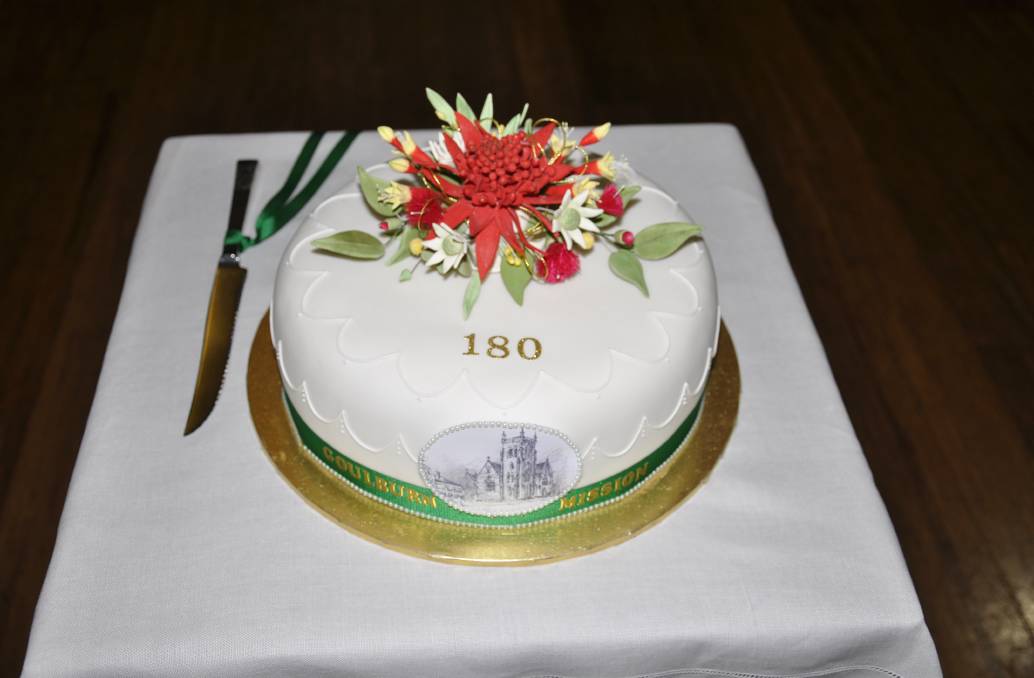 Matt Casey, a parishioner and former director of the Archdiocese’s Institute of Professional Standards and Safeguarding, worked closely with Father McDermott, including on the parish finance committee.

“He’s contributed a lot to the parish,” he said.

“He’s a curmudgeonly soul at times but underneath he has a magnificent kindness. He wears his heart on his sleeve and takes a Christlike approach.”

“Who else can say they were instrumental in building a steeple?” he said.

Another longtime parishioner, Trish Groves, said Fr McDermott had done a great deal of work in the parish but didn’t seek recognition.

Fr Lolisio had also been “a breath of fresh air and brought a cultural aspect to which many wouldn’t have been otherwise exposed.”

“Cootamundra doesn’t know what they’re in for,” he joked.