The Archdiocesan Catholic Women’s taskforce, established in 2019 following two years of consultation, held its first meeting of the year in Goulburn on Saturday 20 February. The taskforce, so named to reflect a commitment to action, also plans to meet in Young, Yass and Queanbeyan during 2021.

Initially the ten members of the taskforce were surprised when women began arriving early for the 3 pm consultation session and were overwhelmed when every seat in the meeting room was needed to accommodate the more than thirty attendees. After sharing afternoon tea, Andrea Dean, introduced members of the taskforce. Catherine Conroy, a Goulburn parishioner and member of the Taskforce, facilitated a wide-ranging conversation between visitors and locals for almost an hour.

The Goulburn women spoke of their experiences of watching Mass broadcast online from different dioceses and countries during COVID lockdown, their sorrow at not being able to sing at Mass at present and the disenfranchisement of local indigenous people from the Church. One issue which caused great pain to the community was the isolation experienced by older parishioners which has increased during the pandemic and is heightened by their lack of access to digital communications.

There was a wide range of women represented, from Sr Gerardine Agnew; who is about to turn 90 to young mothers, a school principal to an Aboriginal Health worker, women active in the parish to those feeling disillusioned with Church. 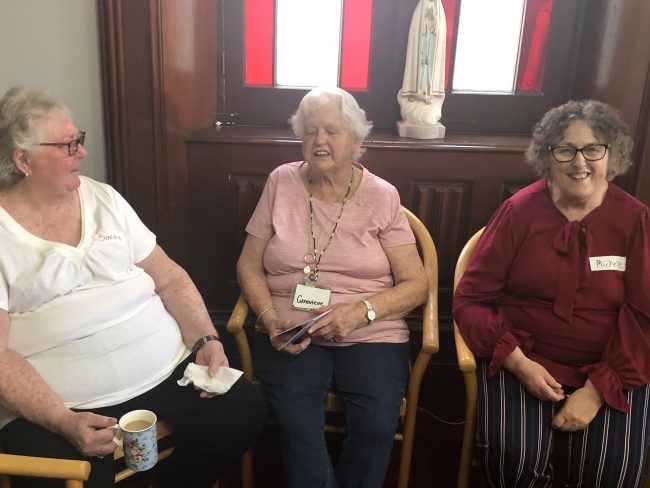 Alison Weeks, deputy chair of the taskforce, expressed her sincere gratitude to Catherine Conroy for her careful organisation and promotion of the consultation. Andrea Dean thanked the members of the taskforce who travelled to Goulburn for the meeting and have committed to an energetic plan of events for 2021.Further information on the Archdiocese of Canberra and Goulburn Catholic Women’s Taskforce can be found on the Archdiocesan website.

With the first session of the Plenary Assemblies planned in October, Catholic Voice asked several parishioners about their involvement with the Plenary process and the ... Read More