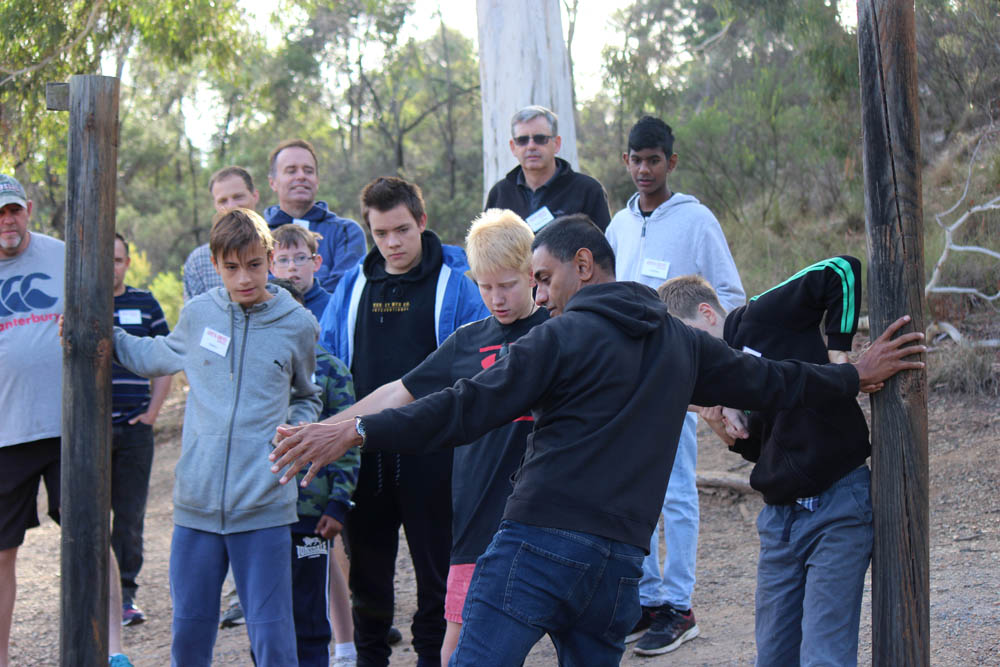 As an all-boys school in the Marist tradition, Marist College Canberra has the privilege of working with young men in what is often the most formative period of their lives.

Each young man who graduates from the College bears little resemblance to the boy that he was at the commencement of his time at Marist. There is very evident growth in all aspects of the young man’s life and in his self-awareness. The College tagline, ‘Together, we create fine young men’ means that whilst Marist plays an important part in this journey, it recognises that the role parents and carers play in the formation of young men, including fathers.

“The relationship between a father and his son is one of the primary and most critical relationships a man will have, particularly in the teen years. The impact fathers have on their sons during this time is defining for that young man. Every young man needs to believe in his heart, that the person who he is, is good enough in his father’s eyes and that his actions, accomplishments and character are worthy of his father’s approval.” St Augustine’s College, Cairns.

In acknowledgement of this relationship, Marist College Canberra promoted and supported menALIVE in delivering a Growing Good Men Retreat held on 5-7 April, which focussed on affirming and building the father and son relationship.

The College chose menALIVE to facilitate this weekend as their presentations are drawn from both their experience of being fathers as well as sound research. Their relational methodology helped to quickly build rapport with participants. Their “down-to-earth” and practical sessions were mixed with liturgy and ritual to provide the right environment for fathers and sons to engage and strengthen their relationship.

There was a great mix of presentations, discussions and activities that ranged from sharing stories to outdoor adventure activities including archery and team building exercises. These hands-on activities were complemented by a Rite of Passage on Saturday night and a Fathers’ blessing on Sunday.

Topics covered the adolescent journey, masculinity and fatherhood. This helped the group understand where we are and where we want to be as men. At times, fathers and sons were also invited to spend time as a pair and have challenging and relevant discussions on managing anger, relationships and responsibility. The weekend gave participants the space and permission to talk about important and difficult topics that many normally wouldn’t talk about.

The following extracts are feedback from fathers who attended the weekend:

Members of the College’s Mission Team prepared and assisted in the weekend. One of the real positives of the weekend experience was the personal and professional development received by those staff members who attended. In 2019, in addition to the “Growing Good Men weekend”, Marist College Canberra has hosted a Son-Rise breakfast and will soon host a Mother and Son Mass and Retreat.

Nathan Ahearne is the Director of Faith Formation at Marist College, Canberra