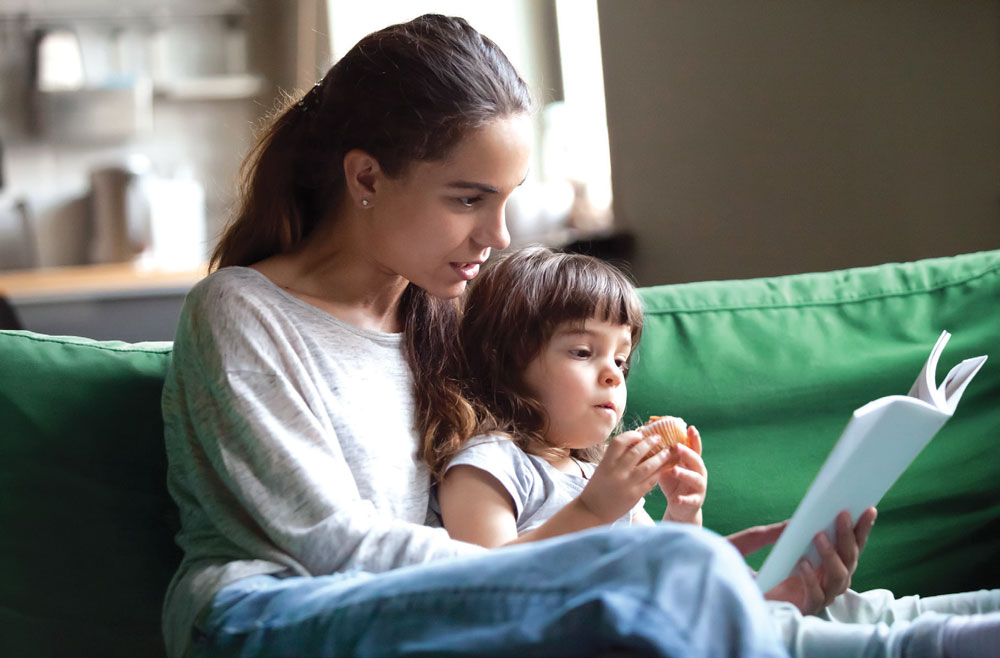 WHEN Sarah began caring for five year-old Jack he was exhibiting a range of behaviours that she simply did not know how to deal with.

At only 20 months old, little Jack had been removed from his parents due to their violent behaviour and drug addiction.

He had witnessed extreme violence and had been neglected in a variety of ways, from lack of proper food and routine to being left restrained for hours on end.

Jack would respond to people around him with what he had predominantly experienced in his short life – fear and aggression. He was also self-harming.

“It was heart-breaking,” Sarah said.

Sarah knew she would need help in raising Jack and sought help from Marymead, a not-for-profit organization supporting children and families. Through Marymead, she was able to contact a clinician at any time for advice on coping with Jack’s aggression.

Sarah also completed Marymead’s ‘Circle of Security’ program which helps parents and carers to identify their children’s needs and respond.

Sarah and Jack then moved on to the ‘New Horizons’ program, where she received one-on-one support from a clinician over 12 months.

“It’s amazing how far Jack has come,” Sarah said. “Our clinician, Leannah, calmly explained everything, where those reactions and emotions were coming from in him.”

“I have been taught so much in my emotional training and I believe it has made me a better mum for my other children. It has made us closer and more understanding of each other as a family.”

The message of this year’s National Child Protection Week (from September 1 to 7) is “kids do well when parents are supported” and “to raise thriving kids, parents need support to navigate life’s choppy waters.” Professor Daryl Higgins, Director of the Australian Catholic University’s Institute of Child Protection, said that in seeking to improve child protection, broader support for families and parents was needed, with education around positive parenting provided through GPs, medical staff, teachers and professionals engaged in caring for children.

“What is often missing in our suite of services is broad support for all families,” Prof Higgins said. Rather than waiting until a crisis occurs and child protection services need to step in, all service providers should support families to prevent a crisis in the first place, he said.

Ross Fox, Director of Catholic Education at the Archdiocese of Canberra and Goulburn, said that across Catholic schools in the Archdiocese, the approach to child protection is very much to ‘get out in front of issues and address them’ before they become a crisis.

“One initiative is the Child Safe Advocate role in all 56 schools in our Archdiocese,” Mr Fox said.

“These positions are focused on developing and embedding an effective child protection culture in schools.”

“We operate from a firm belief that families are the first educators of children, so when we are coming together with families and children in our schools, we are working in partnership from the beginning.”

CatholicCare counsellors operate in all schools, Mr Fox said, and, in conjunction with the Archdiocese, provide a range of professional learning programs for parents, to help them increase their awareness of issues such as Cyber safety and healthy relationships.

“We work closely with parents because we understand that having parents and families part of the conversation is highly valuable,” he said.

Mr Fox said effective child protection was about “a culture of openness and ongoing communication.”

“Our approach is that child protection issues are intricately linked to teaching and learning,” he explained. “It is about a student’s capacity to come to school and get what they need from a wellbeing perspective to be in a position to effectively learn.

“Child protection is everybody’s business all of the time.”

New Women’s Taskforce Launched in Archdiocese of Canberra and Goulburn