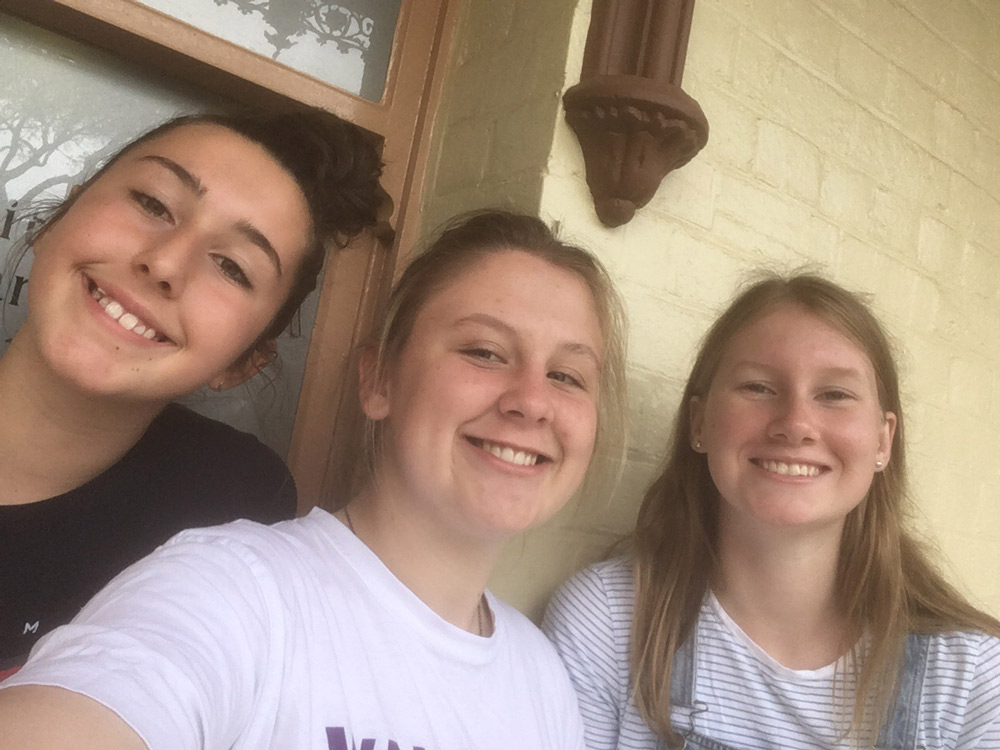 On November 24-25, more than 150 NSW students came together to take part in a junior leadership weekend conducted by UN Youth Australia.

This organisation is entirely run by volunteers aged between 18-24 years with the aim of educating secondary school students about international relations and global affairs.

The theme for the 2018 weekend was “The Right to Refuge” and focused on refugees within Australia, the media portrayal of refugees and Government refugee policies. The camp also provided an avenue for the participants to formulate and express their opinions and gain confidence when speaking in public.

This year three girls from Hennessy Catholic College in Young were selected to take part in the camp held at Narrabeen in Sydney. Year 7 students, Sienna Capra and Chrissy Garlick as well as Year 8 student Sarah Dillon had a wonderful time meeting new people, engaging in discussions and formulating personal views around refugees and asylum seekers. They represented only a small number of country students who were present at the camp.

Sarah said, “it was very interesting learning more about the struggles and hardships refugees face when they come to Australia”.

She said it was particularly good to learn both sides of the refugee/asylum seeker issue, not just those views portrayed in the media. Sarah was particularly impressed with the commitment of the UN Youth Team who ran the weekend with so much excitement and enthusiasm and she thought it would be good to do something similar when she is older.

Sienna said that the whole weekend developed her confidence in public speaking but also “made me realise that there are a lot of refugees in NSW country areas and we should greet them with open arms and listen to their stories rather than telling them how we live”. She said that we needed to “research more to realise the full extent of the problem.” She said it was “so sad to learn that many children in refugee camps experience a childhood of pain and suffering.”

Chrissy also enjoyed the weekend and particularly appreciated the panel of refugee guest speakers who told their stories and shared insights with the students. She gained an understanding of the media’s portrayal of refugees and asylum seekers, realising that “the media will only show you what they want you to see to influence your thinking.” During the weekend the girls were involved in group work and were tasked with creating campaigns and ideas that could further help refugees.

After a long drive to Sydney and a busy weekend the girls have returned to Hennessy with a renewed sense of confidence and enlightenment that will stay with them forever.​