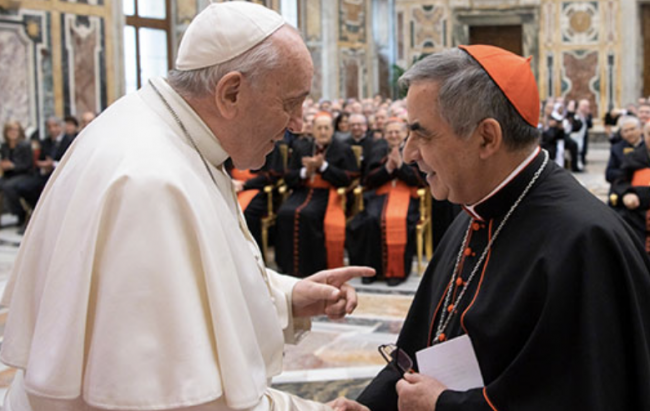 FOR the first time, the Vatican has disclosed that the Holy See owns more than 5000 properties worldwide.

The move comes ahead of a major trial that is set to open in Vatican City this week and involves a London investment deal gone wrong.

Ten people, including prominent Cardinal Angelo Becciu, formerly a senior official in the Vatican administration, have been charged with financial crimes.

The 2020 budget of the Administration of the Patrimony of the Holy See (APSA), that manages Vatican properties and investments, showed ownership of 4051 properties in Italy and 1120 globally including in London, Paris, Geneva, and Lausanne – many as investments in upmarket districts.

The disclosure of property holdings was accompanied by figures showing the Vatican had a budget shortfall last of €66.3 million ($A106 million).

About €50 million ($A80 million) of the Vatican’s operating budget came from Peter’s Pence, the annual fund Catholic parishioners provide for Vatican charities and that the Vatican can also draw from to keep its bureaucracy running.

This week’s court case revolves around a former Harrods warehouse in London’s South Kensington neighbourhood, purchased to be converted into luxury apartments. Jesuit Father Juan Antonio Guerrero Alves, prefect of the Vatican Secretariat for the Economy, is pictured near the Vatican in an undated photo. PHOTO: CNS/courtesy Society of Jesus

Jesuit Father Juan Antonio Guerrero Alves, prefect of the Secretariat for the Economy, said the former Harrod’s warehouse would be sold soon and the process was a “turning point” for how the Vatican handled its finances.

“We come from a culture of secrecy, but we have learned that in economic matters transparency protects us more than secrecy,” Fr Alves said.

Last year Pope Francis fired Cardinal Becciu, 73, from his senior clerical post for alleged nepotism, although the cardinal always maintained his innocence during a two-year investigation.

He became the most senior Vatican official to be charged with financial crimes.

An Italian woman who worked for Becciu was charged with embezzlement and the cardinal’s former secretary, Fr Mauro Carlino, was accused of extortion.

Four companies associated with individual defendants, two in Switzerland, one in the United States and one in Slovenia, are also named in an indictment.

The allegation is that in 2014, Beciu, as the Secretariat of State invested more than 200 million euros ($A320m), much of it from contributions from the faithful, in a fund run by Mincione, securing about 45 per cent of a commercial and residential building at 60 Sloane Avenue in London’s South Kensington.

The Vatican last week announced Becciu and another 9 people would go on trial on July 27.