Lesley and Harry her next door neighbour and sponsor

More than 40 people gathered at St Christopher’s Hayden Hall in Manuka for one of the most important steps in the journey towards being formally admitted into the Church.

In the Rite of Election ceremonies on March 6, the first Sunday in Lent, participants revealed what had led them towards receiving the sacraments of initiation (Baptism, Eucharist and Confirmation) at Easter.

Sponsors, godparents, family and fellow parishioners accompanied the catechumens (as those who are yet to be baptised are called) and the candidates (those who have already been baptised but who have yet to receive the sacraments of the Eucharist and Confirmation).

One of those there was Lesley Gillet who was brought up and confirmed as a Presbyterian – she was firm in that faith for most of her adult life, but, as she put it, recently “life just got in the way”. Lesley felt that she needed to reconnect with Jesus. “There was an indescribable pull – something I can’t articulate,” said Lesley. She told her neighbour, Harry, that she felt a deep need to become part of the Catholic Church.

“About five weeks ago, I was at Mass with Harry. Halfway through the Mass, I looked at Harry and said, ‘I’ve come home. That’s how I feel’,” she said.

“Harry never tried to convert me,” she added. “He would gently ask me to come along with him to Mass.”

When asked if Harry had been a good influence, Lesley responded quickly, “Yes. His faith shines out of his face.”

Archbishop Christopher welcomed the new Catechumens and Candidates. He said that it was evident from their testimonies that the Holy Spirit was at work. Not only had they pursued God but He had “most certainly pursued them”.

Follow some of the stories of the 2022 Archdiocesan catechumens and candidates in the Catholic Voice over the coming weeks as they journey towards Easter. 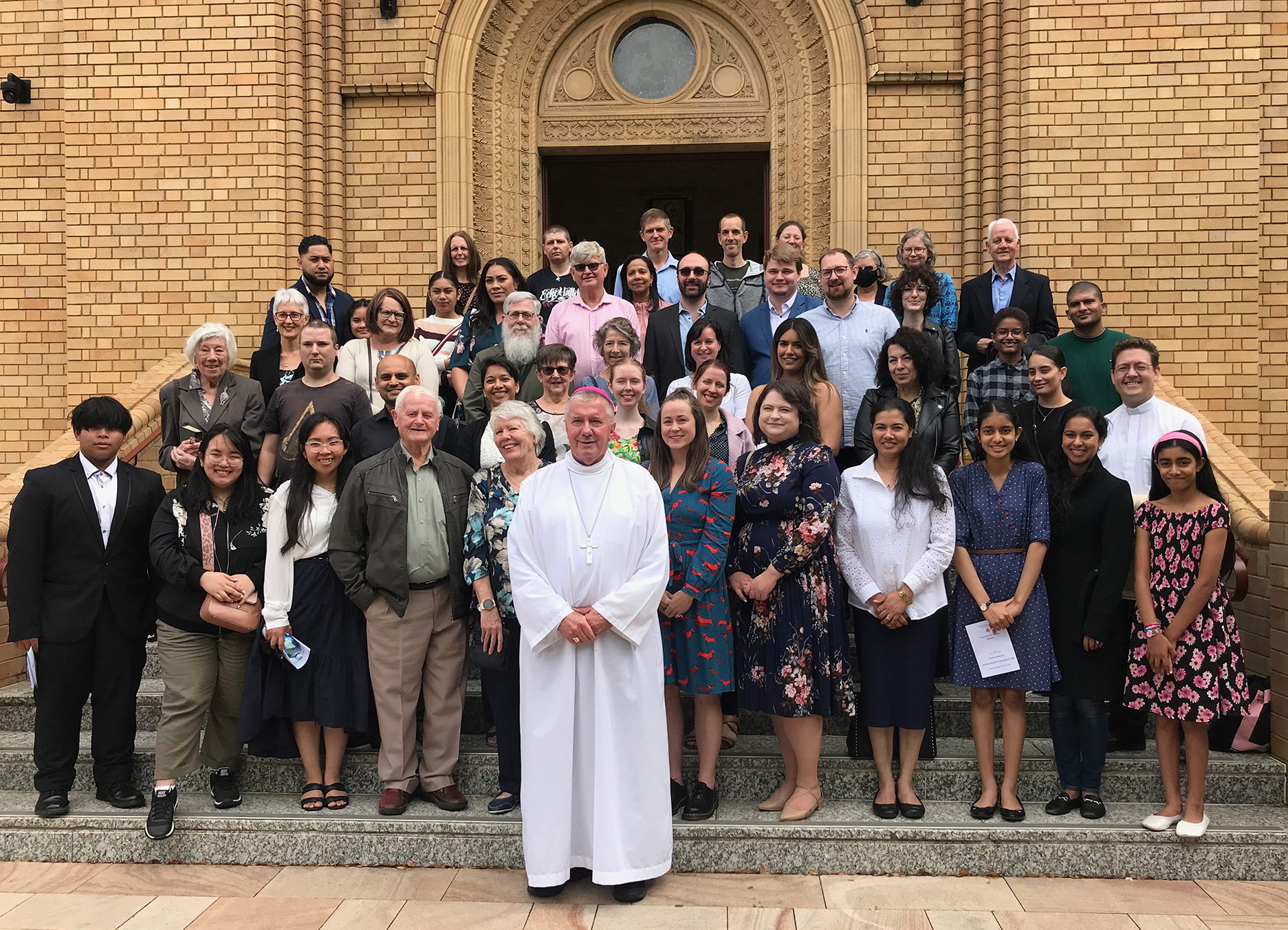 Archbishop Prowse with the 2022 Catechumen and Candidates

Vicar-General Fr Tony Percy New South Wales will allow Masses for 50 people from next Monday and the ACT should do the same, the Archdiocese ... Read More