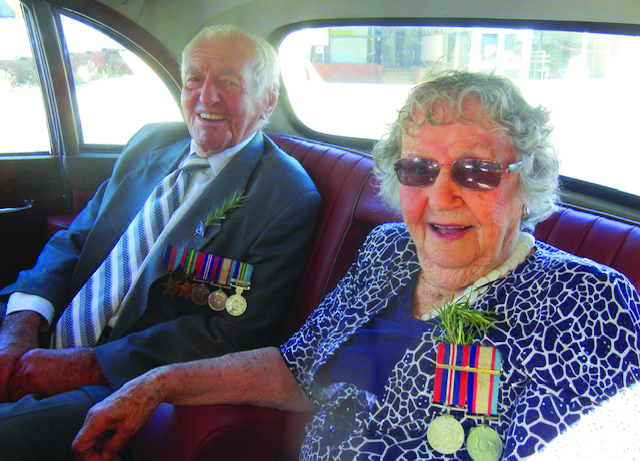 IT has shut schools and pubs and now the coronavirus has put an end to Jack Grant’s 100th birthday bash.

The Grenfell father-of-eight turns 100 on March 31 and the party was planned at his home for Saturday March 28.

“Jack’s son James in Adelaide can’t cross the border, his grandchildren in Dubai can’t get out and family in Queensland can’t make it either,” close friend Deidre Carroll said.

“His daughter has asked me to put a note in the Grenfell Record asking people to pop in to say Happy Birthday to Jack on his birthday.

“The parish council had planned a morning tea after Mass on Sunday but that won’t happen either because there’s no Mass now.”

Jack’s wife Meg died in October 2017, aged 93, and he lives alone in town. He keeps in good health, perhaps due to his love of wine and his famous Irish cream, and recently renewed his drivers licence.

“Jack passed his test the other day,” Deidre said. “He still drives around town and goes to the chemist and paper shop. He can drive a radius of 20 kilometres.

“Jack’s a bit deaf but he talks and reads and knows everything. He still comes to Mass every Sunday. Jack was the oldest acolyte in the Archdiocese until he gave it away about 18 months ago.

“Jack had his St Patrick’s golf day recently with his son. They do it every year. Jack makes his own Irish cream and takes it for everyone to enjoy. It’s Jack famous Irish cream.”

READ ALSO:  Book Review: 'As We Forgive Those'

A former farmer, Jack and Meg retired to Grenfell in 1994.

Two of their children have died and son Paul is a priest in Sydney. His daughter Felicity Suckling lives in Wagga Wagga and her mother in law is the sister of Archbishop Francis Carroll.

One of five children, two of Jack’s brothers were priests. Leo was a Monsignor and has a street named after him in Kelso, a suburb of Bathurst. Brother Noel was in Portland which is about 40 kms from Bathurst. They have both died.

The parish council thought of arranging a papal blessing for Jack’s 100 birthday but he received one in 2017. BY JOHN MCLAURIN MATTHEW Hutchison is putting Jesus first. The new Headmaster of Marist Canberra, says his first aim is to ensure that the College ... Read More