Lead up to Easter 2022: Stories from our catechumens and candidates 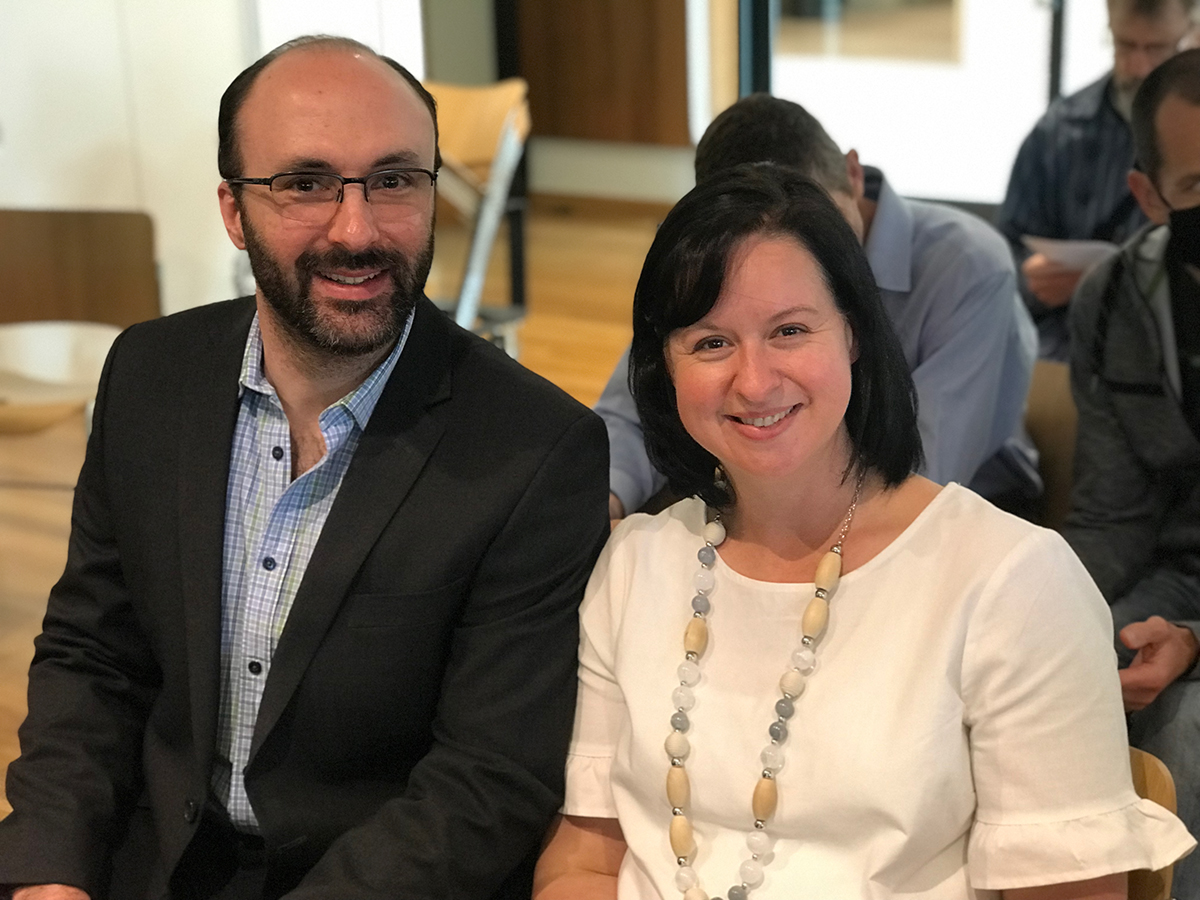 In the Rite of Election ceremonies on March 6, the first Sunday in Lent, participants revealed what had led them towards receiving the sacraments of initiation (Baptism, Eucharist and Confirmation) at Easter. The Catholic Voice spoke with several catechumens and candidates – here’s Adam and David’s story.

Ex-military Catechumen Adam Liquorish, attended the ceremony with his wife, Barbara. When asked why he wanted to become a Catholic, he pointed to his 20 years of experience in the military.

“I was deployed overseas to the Middle East. I returned, but many did not. I had a sense that I was being looked after,” he said.

Adam was joined by his wife and sponsor, Barbara, who, along with their two sons, said she was delighted that the family are now “all reading from the same page.”

“I feel whole,” Barbara said about her husband’s decision.

“It’s an individual decision and everyone has to come to it in their own way. But I feel like the missing link has now joined us, and we as a family are whole.” ‘To me, Catholics were the US Marines of Christianity’

Retired public servant David Campbell, had been circling around Catholicism for some time but he never felt he could give the Catholic faith a hundred per cent. He had been involved with the Mormom church but had found it unfulfilling so he had continually struggled to find what was for him a stronger faith.

Half of his family on his mother’s side were Catholics and he had a cousin who was a catholic priest. Growing up, David said that for a long time had seen them and admired them but didn’t think he could do what they were doing.

“To me, Catholics were the US Marines of Christianity, and although I admired them, I just didn’t think I had it in me to do what they were doing,” he said.

But in 2019, David and his wife took their first trip to Europe. They visited St. Stephens Cathedral in Vienna and that was a pivotal experience.

“After entering the Cathedral, a strong emotional feeling came over me, and I couldn’t stop crying. My wife was alarmed, asking me several times what was wrong. It was hard for me at the time to articulate. But, in reflection, I think it was an overwhelming sense that I was home. I belonged. I felt a connection and spiritual satisfaction that I had never felt before. It was present in every catholic church I went to from that time on.

He decided to enter into the process of the Rite of Christian Initiation of Adults (RCIA).

“I was ready to start learning about the church, but the pandemic hit, so I studied the Catholic faith independently. I purchased books online, and I watched Mass and evening Vespers online. As I am hard of hearing, I would often have the volume up high. My wife, a staunch Buddhist, remarked on how beautiful the singing was. I guess true beauty is attractive to all.

“I studied the Catechism of the Catholic Church on my own and read the New Jerusalem Bible. So I am glad and ready to participate in this RCIA program.

A national milestone for Marylouise

Hennessy Year 12 student Marylouise Minehan has recently made history as the first student in Australia to complete the CSYMA and ACU Youth Academy program. Read More