Let’s do better for our elders Ageing and death can be difficult issues. Most of us prefer to distract ourselves from these fundamental realities. As a result, however, our political discussion on aged care has been characterised by gingerness, euphemism and indecision.

We have failed to grapple practically with a concrete political problem.

Since 2002 the government has released four intergenerational. Another is due this year. All have identified our ageing population as a core national challenge. None has triggered meaningful reform to address it.

But while the ageing “problem” can be fiendishly complex in some respects, at its core it’s quite straightforward: if we want to treat elders with respect and dignity in their final stages of life, then we need much more money. Indeed, about $20bn a year more, according to a discussion paper just released by the Royal Commission on Aged Care Quality and Safety.

This amount is rarely disputed. Although there is some room for debate at the edges, no one credibly disputes that a significant amount of funding is required to fix our ever-worsening aged-care crisis.

More than half of aged-care homes operate at a loss. In rural and remote areas, that figure rises to almost three-quarters. Before COVID-19 struck, 15 per cent of aged-care providers suggested they would close their doors within a year. The pandemic is likely to have made things significantly worse.
The waiting list for home-care packages has 104,000 names on it. Carers in the sector have always been underpaid and jobs are getting much harder to fill.

So the national discussion we need to have is not about whether the money is needed but, rather, the fairest means of raising it. It’s a debate we’ve squibbed to date.

Despite what modern monetary theorists may tell us, there’s no pain-free way to find funding. Any method will raise a squeal from someone. And for the past 20 years every squeal has been met with a hasty retreat.

At the beginning of the year I advanced the idea of tighter means testing so seniors who owned wealth would be required to use it to pay for their care. The reaction Catholic Health Australia received was predictably impassioned. Many agreed with me. Many did not.

That’s completely understandable. Any floating of tighter means testing immediately leaves you open to charges of “coming after grandma’s home”, an idea I don’t don’t relish. But if you wish to reject the option you need to front up honestly with an alternative.

In this respect, the aged-care royal commission has done a valuable service to the national debate by putting a hard proposal on the table.

To raise the additional billions we need, the royal commission estimates we will need to raise income tax about 2 per cent. For the average income earner that’s near $1700 a year. The royal commission anticipates the figure will have to rise steadily as the population ages.

The royal commission suggests that if we do this, we take a Medicare levy-style approach so it’s safe from tinkering by future governments. This makes sense.

Admirably, the royal commission doesn’t shrink from the ethical issues with this approach. It notes that an aged-care levy, introduced now, would hit younger taxpayers today disproportionably because they would be forced to pay for their own care as well as the care of their elders. Older Australians, who had never had to pay the levy, would be the winners.

Nonetheless, accepting this reality may be the only way forward. But, to make such a deal more palatable politically, government should take a deep breath and another look at fairer means testing to help mitigate the impact on taxpayers.

User contributions represent 20 per cent of aged-care spending. Taxpayers pick up the rest. What we require users to contribute is based on an arcane tangle of red tape that aligns neither to the person’s wealth nor the value of the services they receive.

And we quarantine a potential source of billions in funding: housing wealth. It’s only the first $171,000 of the value of a home that is means tested for personal and nursing care. It’s a profligacy we can no longer afford.

There is any number of ways we can make it easy for seniors to draw down against the value of their homes. The Pension Loans Scheme, for example, could be made more attractive with better rates and easier access. 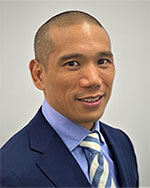 Of course many seniors don’t have significant wealth of any kind and they too deserve dignity and comfort. While the injection of funding from wealthier Australians would help lift standards across the board, significantly more public funding will always be needed.

As the royal commission has made stark, there are no easy options here. To better provide for our parents and grandparents, all of us must sacrifice a little — whether through a general levy or through greater levels of private contribution. Either way we need to square up to the challenge and make a call. The alternative is that a fifth intergenerational report comes and goes, and a system we know is failing many elders continues to crumble.

The working document for the Fifth Plenary Council of Australia provides a catalyst for the Church to renew the journey of prayer and discernment toward ... Read More