Lots of laughs and collegiality at Younger Religious Gathering 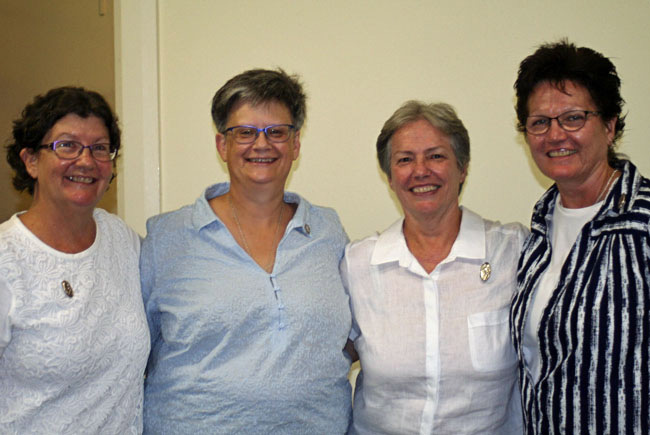 Some of the Sisters who attended the Younger Religious gathering. Photo supplied.

A group of younger religious from more than 10 congregations gathered in Sydney recently to share their stories of ministry and their hopes for the future.

The group of about 20 religious gathered for a barbecue at the Our Lady of the Sacred Heart home in Rosebery.

With the median average age of religious in Australia being 73 in a 2009 survey, the gathering of younger religious sought to provide social and practical support for those aged 65 and under.

“It was great that so many could travel from all parts of Sydney for the evening,” said Sr Philippa Murphy fndsc.

“Many commented that they work alone in their ministry and so it was good to be with other younger religious and share stories of ministry.

“It was a really enjoyable evening with many of us meeting each other for the first time. We were able to appreciate all we had in common despite our different ethnic backgrounds, experience of ministry, and the different charisms of the male and female congregations present. The conversations were engaging with lots of laughs and a deep sense of collegiality.”

Philippa says one sister summed up the feeling about the gathering when she said:

“It was a time of sharing life with each other through our many and varied charisms. A great sense of hope for the future.”

“It was wonderful to be able to spend some time in a relaxed environment getting to know each other and we look forward to future gatherings,” Philippa said.

FLASHBACK: Five year's ago, Archbishop Christopher Prowse was installed as the Archbishop of Canberra and Goulburn. Read More