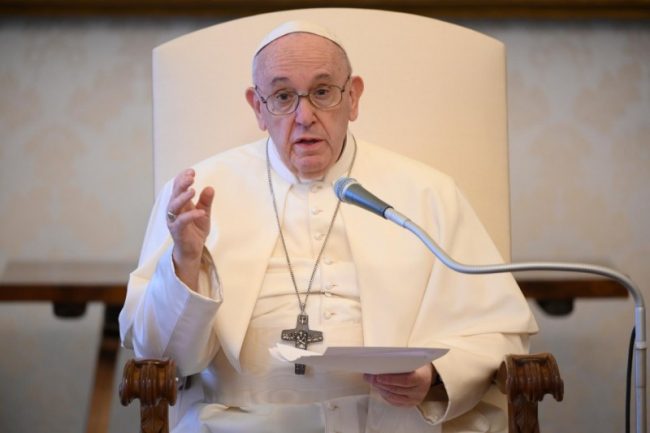 Today, June 12, is World Day Against Child Labor.  In his general audience on Wednesday, Pope Francis said the problem of child labor deprives boys and girls of their childhood, and we are all responsible.

Every effort must be made to protect children … they are the future of our human family.

The Pope launched this appeal to institutions for World Day Against Child Labour (June 12) during his weekly General Audience which took place on Wednesday (June 10) in the Library of the Vatican Apostolic Palace.

The Pope continued his cycle of catechesis on prayer, focusing on the theme: “The prayer of Jacob” (Gen 32: 25-30).

After his catechesis, the Holy Father addressed special greetings to the faithful, in which he launched the appeal.

“This Friday, June 12th, is the World Day Against Child Labor, a reality that deprives boys and girls of their childhood and jeopardizes their integral development,” Pope Francis said.

Given the current health crisis in various countries, the Argentinian Pope recognized, “many children are forced into jobs that are inappropriate for their age, so as to help their own families who are in conditions of extreme poverty.”

Many cases, the Pope stressed, are forms of slavery and confinement, resulting in physical and psychological suffering.

“We are all responsible for this,” he said.

“I appeal,” the Pontiff underscored, “that every effort be made on the part of institutions to protect minors, by filling the economic and social gaps that underlie the distorted dynamic in which they are unfortunately involved.”

“Children are the future of the human family: all of us are expected to promote their growth, health and tranquility,” he said.

Pope Francis: Ask God for the strength to love your enemies