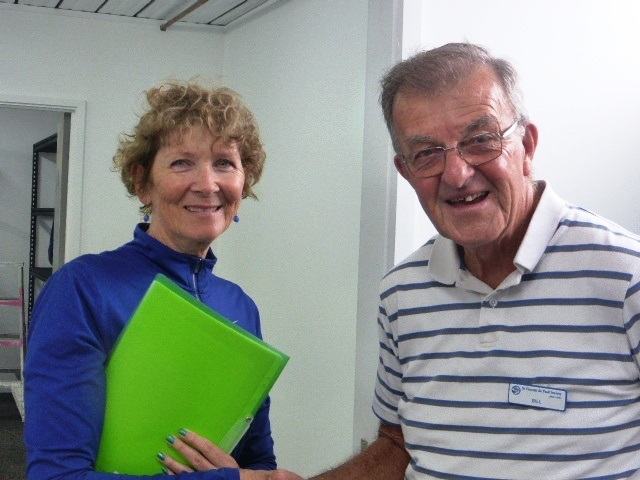 Narooma locals say receiving letters of support from Brisbane kids after the summer bushfires was just as important as the donation from their generous parish.

The South Coast Vinnies members were overwhelmed to receive over 220 messages from Queen of Apostles school in Stafford and $20,000 from parishioners.

The president of the St Vincent de Paul Society Narooma conference, Christine Huntsdale, said the community had tears in their eyes reading the kids’ cards.

“There were all these lovely little messages like ‘You used to be strong, you can be strong again’ and ‘You’re awesome’,” Christine said.

“And all of these wonderful drawings for children from families who had lost their homes or been affected by the fires.

“In one way the letters and cards were as exciting as the money because it meant people ‘up north’ could be there for people ‘down south’.”

Narooma covers a large area of the coast and hinterland including the small town of Cobargo that was hit hard by the summer fires.

In the northern Brisbane suburb of Stafford, it was parish priest Fr Denis Scanlan and Alison Golden, president of the St Vincent de Paul Society Stafford Conference, who organized the fundraising.

“Our parish raised an impressive $20,000 over one weekend of Masses, the highest ever for an appeal,” Fr Denis said.

At Narooma, Christine recalls the “call out of the blue” from Brisbane.

“This lady said, ‘You don’t know me but we’ve heard about what you are going through and we want to help’,” Christine said.  “And then she told me they’d raised all this money.

“I was astonished.  You can’t find words to express that a whole bunch of people have thought about you.  They don’t know you and are a long way away, but they care so much and are giving what they can.”

Christine did not tell her fellow Vinnies members about the generous gift.  She left that to Alison, who phoned in to a Narooma Conference meeting with the news.

“All the Vincentians were cheering,” Christine said.

Finding Joy in the Gospel

Many questions were posed and answered by MenALIVE founder - Robert Falzon at the Joy of the Gospel parish revitalisation weekend in Canberra recently. Read More