Nothing less than ‘courage’, ‘truth’ and ‘our engagement’ needed for survival Archbishop Christopher Prowse gives the ‘Vote of Thanks’ at the Inaugural Tim Fischer Oration in the Great Hall, Parliament House

Nothing less than “courage”, “truth” and “our engagement” were needed, he said, if we were “to survive as free people the great challenges of our age.”

The former deputy prime minister and Leader of the Nationals was speaking during the Inaugural Tim Fischer Oration on Ethics in Public & Political Life in Canberra on 18 August.

The event was a sell-out. Over 500 people in the Great Hall of Parliament House came to hear the address, including senior dignitaries from the nation’s political and religious spheres.

In wide-ranging remarks, Mr Anderson canvassed the many issues facing Australia, including its indigenous history, the diminished trust in public institutions, climate change, the influence of social media, housing affordability, cancel culture and identity politics, and threats to fundamental freedoms.

With many school groups present, the oration had a particular focus on young Australians. Quoting Winston Churchill, Mr Anderson said any society that fails to pass onto its young the story of its culture – the good with the bad – was in effect, leaving its young people without direction and meaning and purpose in life.

“The ruthless focus on the darker moments of our history with no attempt to explain the positive achievements…;” [convinces] our children that they are inheriting a nightmarish culture that is not worth defending.”

Asked for her thoughts on the oration, Eloise, 16, from Canberra’s Radford College later told the Catholic Voice she believed there could have been more discussion of different viewpoints.

Young people, Eloise said, “are very big on acceptance of many perspectives.”

For Nathan, 17, of Canberra’s Marist College, the address “really captured what our society is facing…and [those challenges] are only going to grow more prevalent over time.” For John Anderson, the path to dealing with those challenges was understanding the Christian inheritance at the heart of Western culture.

Christ’s dying on the cross was the “ultimate demonstration of extraordinary love and service,” he said.

“It demands of us the humility to use power only for the betterment of others, not for ourselves.

“Can the best of Western civilisation survive without a spiritual nourishment any more than a flower cut from its soil?”

It was this civilisation, Mr Anderson said, that “blessed” us with people of character like Tim Fischer, who “passionately believed” in using power to advance the welfare of his fellow Australians, and not for himself. His former mentor and friend was a person of “simple, but by no means superficial, Christian faith”.

His legacy would be his “authenticity, his genuineness, his openness” and a “character that was sufficiently strong to cut through the cynicism and the distrustfulness of our modern culture.”

The oration was an initiative of the Archdiocese of Canberra and Goulburn, with Archbishop Christopher Prowse delivering the vote of thanks.

In earlier words of welcome, Tim’s wife, Judy Brewer, noted the special place Parliament House held for her family with Tim having served for over thirty years in state and federal politics.

She thanked his many former colleagues and friends who had been part of her husband’s life journey, including Archdiocesan Vicar General, Fr Tony Percy, for his “persistence and determination” in making the oration happen.

She regretted “our beautiful Tim” was the only person missing on the night.

“But I hope he will be happy with what we’re doing in his name,” she said. 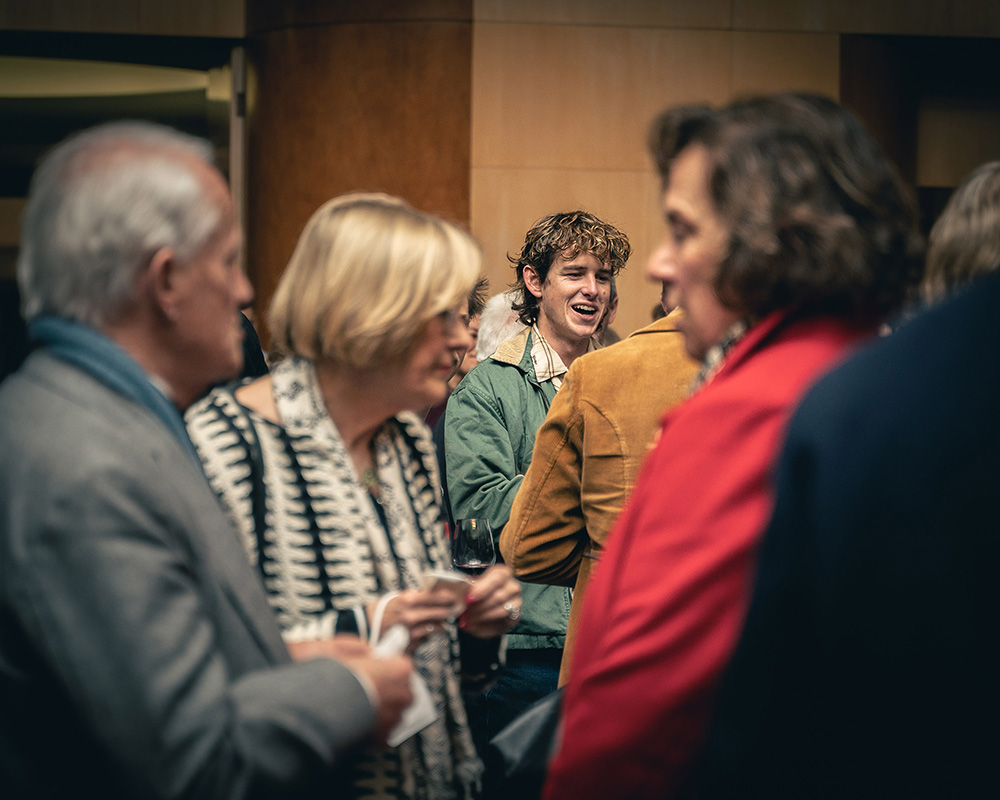 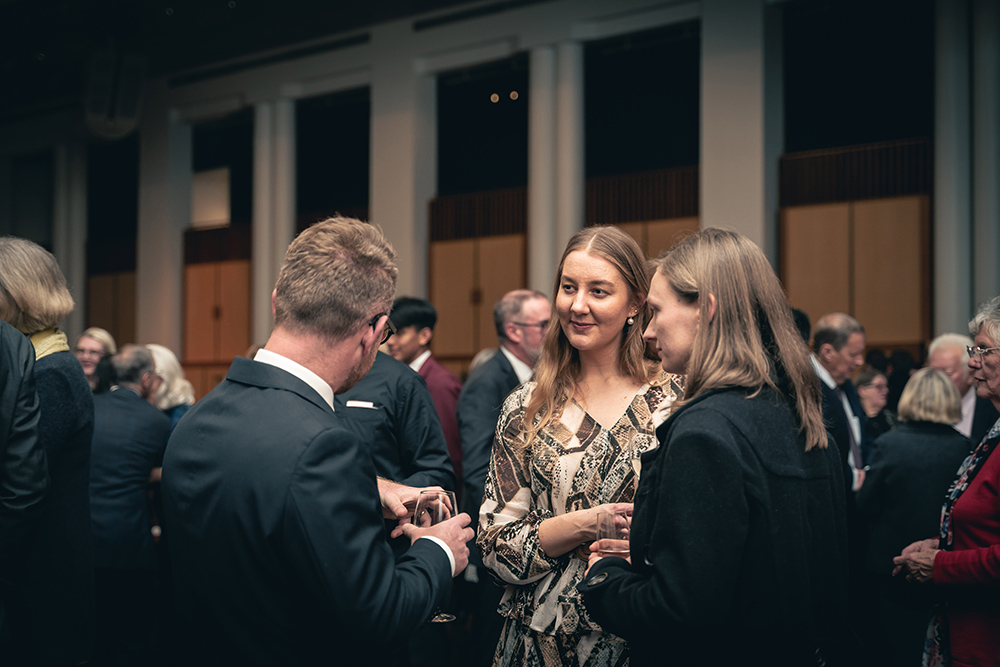 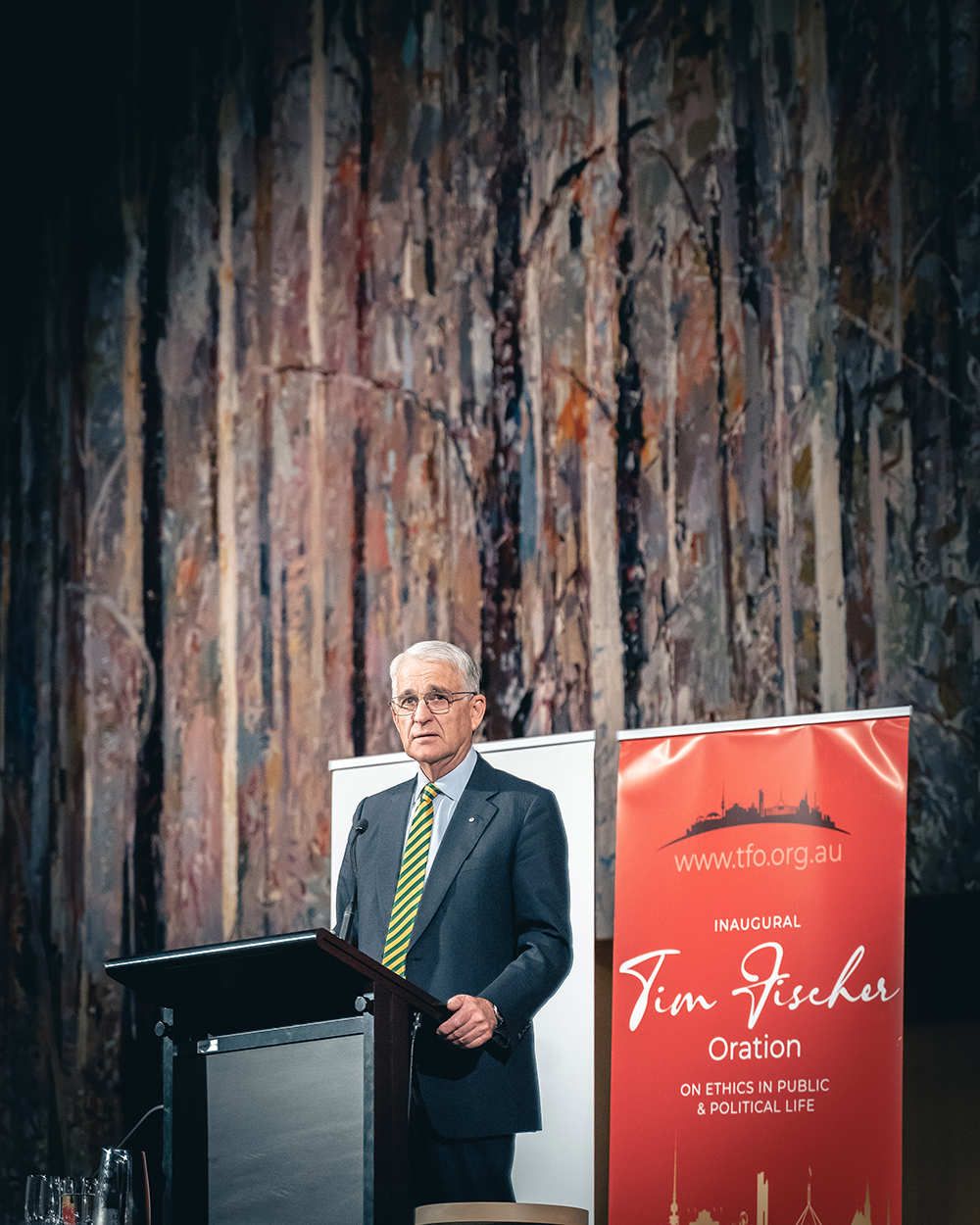 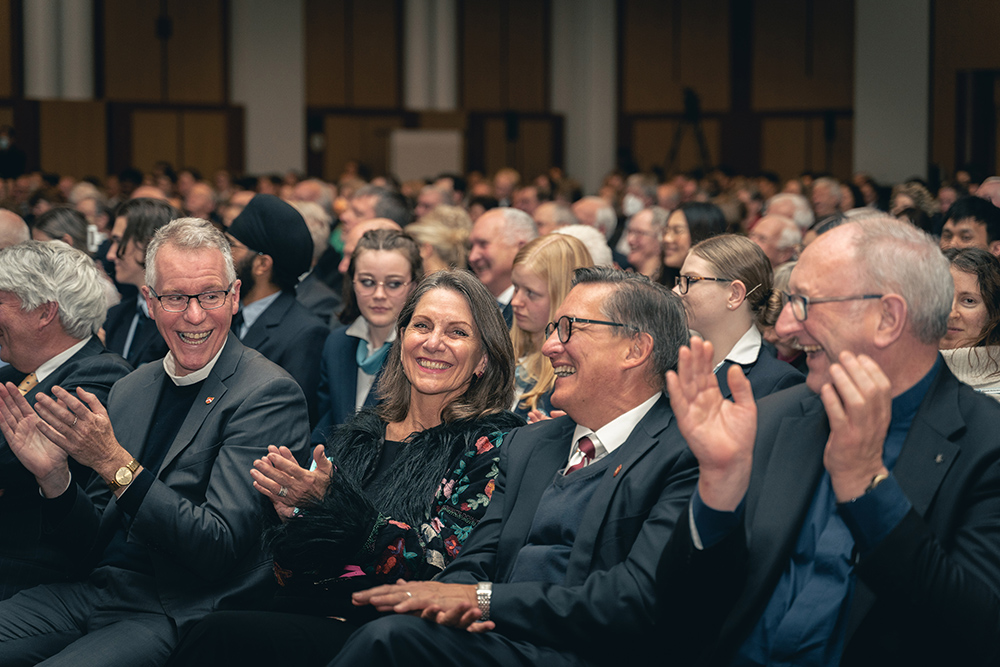 There appears to be no limit for Fr Tony Percy when it comes to turning a vice into a virtue. The archdiocese’s Vicar General was ... Read More