Now the aftermath for Alan 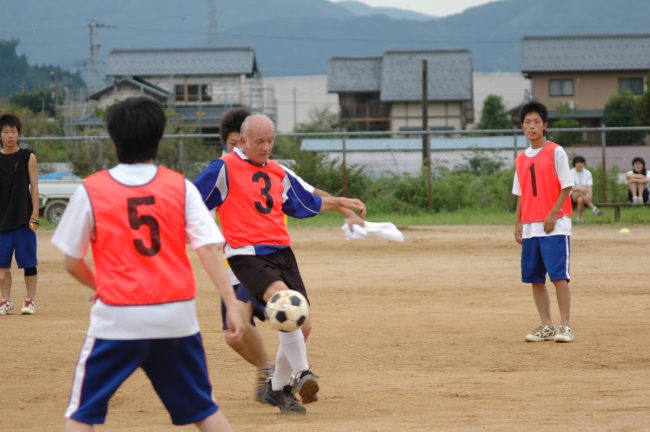 When Alan Dexter moved to Australia, he never imagined he would spend the next 42 years teaching mathematics at St Francis Xavier College (SFX) in Florey.

As the humble and humorous maths teacher retires, he counts his blessings and feels privileged to have been a part of the SFX community.

“The early days when the school was being established bring back happy memories for me, and it is because of the people I have been fortunate enough to work with that the school has continued to thrive,” Mr Dexter said.

He received his mathematics degree in England where he went on to teach for six years before moving to Australia with wife Gwlithyn in 1978.

Although he based his career and life around maths, Mr Dexter says he was only okay at maths at school.

“Maths meant that I didn’t have to write essays at university so that is why I chose to do it,” he said.

Mr Dexter wasn’t only a maths teacher at SFX. He taught science, the road ready course for students to get their learner’s licence and coached the soccer and futsal (indoor soccer) school teams to many victories.

One of his fondest memories was the many times he travelled to Japan with students taking Japanese classes.

“We spent the first week at our sister school in home stays and then in the second week we travelled around Japan sightseeing and I encouraged students to talk to other Japanese students,” he said.

Mr Dexter to this day can’t speak a word of Japanese.

In his time at SFX, the school survived fires, floods, gas leaks, break-ins, a pandemic, cryptosporidium (infection caused by parasites), bomb threats (including one which kept everyone on the oval for five hours) and many false alarms (including the one when he stuffed paper into the alarm in the gym so the exam could continue and forgot to take it out afterwards).

“The two most important things that I have learnt in the classroom are to never take yourself too seriously and always keep your sense of humour,” he said.

While Mr Dexter will miss teaching, the father of four and grandfather of seven is looking forward to spending more time with his family and already has a list of things that will keep him occupied.

“I have lots of jobs to do around the house and a puppy that needs walking,” he said.

“I have also recently bought a kayak and I go mountain biking and still play football (soccer),” he said.

And if you thought his legacy was over, don’t worry – his two daughters are maths teachers at SFX too!