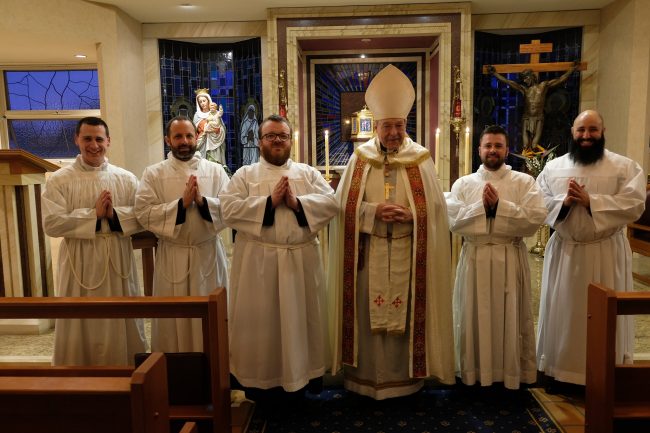 In a small but significant para liturgy during Evening Prayer at Homebush Seminary, Eden Langlands progressed his journey to the Diaconate.

With Cardinal Pell presiding and alongside his classmates, the Archdiocese of Canberra and Goulburn’s seminarian publicly declared his faith and belief in all the Church teaches. In the culmination of his sixth year of study at the Seminary of the Good Shepherd in Sydney, Eden’s public declaration through the ‘Profession of Faith and an Oath of Fidelity’ and the ‘Promise of Celibacy’ is an essential step in his ordination to the Order of Deacons later this year.

Archbishop Christopher Prowse said he was delighted with Eden’s journey to the Diaconate and his openness to answer Christ’s call to love and serve his people.

The Seminary of the Good Shepherd is a closed community during the lockdown, allowing residents to gather without the normal protocol restrictions applied to public worship in Sydney.

We all seek a church that brings life

Archbishop Prowse with sponsors catechumens and candidates at the Rite of Elect 2022 Just prior to Easter Archbishop Christopher announced the first steps towards a ... Read More