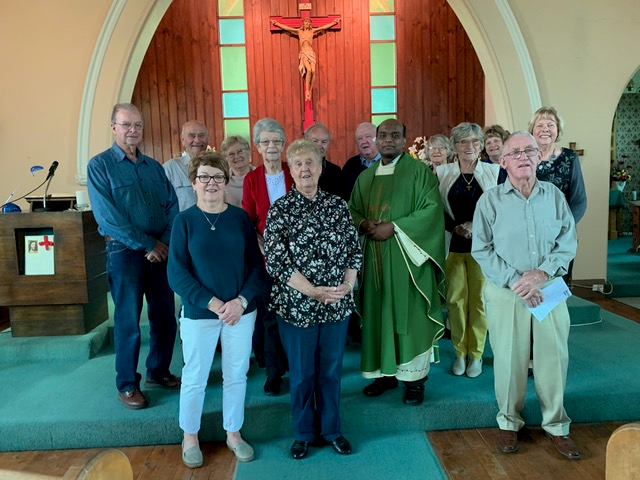 Sr Janet had worked in the parish in an administrative position for the past four years.

Sr Janet was much loved by the Barellan/Binya community, visiting and distributing communion to the sick and elderly and preparing the local children to receive the sacraments.

The Mass was followed by a morning tea at the local café.

Sr Janet has retired to Goulburn, where she hopes to be able to work with the families of prisoners. She will be greatly missed by the community and she is wished all the best for the future.

Pambula parishioners have welcomed 33 children more fully into the parish family through their reception of first Eucharist.

Although COVID-19 meant the sacramental team had to modify plans, the two Masses were wonderful celebrations of God’s gift of love, with as much communal support as possible.

Preparation of the children began with a formation session.  Parents were involved in small group discussions, responding to Fr Michael Fallon’s commentary on scripture passages and reflecting on their own sources of spiritual nourishment.

Students were actively involved in parish Masses and were guided by the CCD Gratia publication at Lumen Christi Catholic College and supported by catechists Trevor Cooper and Sr Marie. In the lead up to the ACT Election, the St Vincent de Paul Society Canberra/Goulburn has released their ‘2020 Vinnies Election Statement’ outlining their priorities ... Read More