Passionate Principal leaves the Bush Capital for the Big Smoke 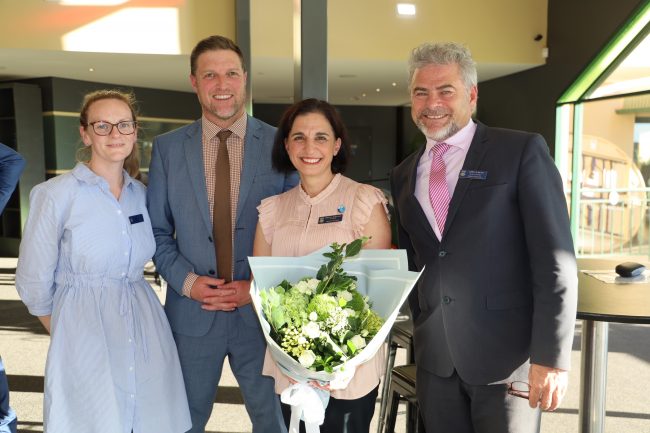 From a strong Italian background with a deep Catholic faith, Loretta Wholley’s parents were eager for their daughters to reach their potential.

“My sisters and I were brought up to be independent women and to create our own paths,” Loretta says.

Her parents had intentionally moved away from older generational expectations to marry off their daughters at a young age.

Now as a wife, mother and educator, Loretta continues to follow this path.

After eight years as principal of Canberra’s Merici College, she is leaving to take on a new challenge at Genazzano FCJ College in Melbourne.

Passionate about girls’ education, she is deeply pleased with what she has achieved at Merici with an emphasis on educating young women from every socioeconomic background.

“Being in an all-girls school is a powerful place to be and a place you can have great influence, “she said. 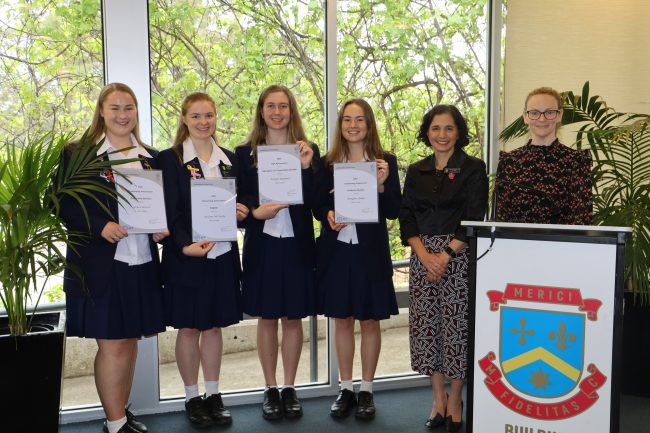 “When wanting to make a difference it needs to be in every aspect of a student’s life.”

Loretta says her mother inspired her to keep going, “although nowadays she does tell me to slow down, but I don’t always listen.

“Dad told me you can do whatever you want, but you have to work hard. You need to put in the hard yards, be committed and stay focused.”

Loretta has chosen to teach only at Catholic all-girls schools, and has a drive and hunger to empower young women. She believes that all doors are open to those who work hard.

“Research shows that girls perform better in an all-girls environment and often choose subjects like science and maths,” she said.

Over the past four years there had been an increase in female representation in traditionally male dominant industries.

“When I am going away for a week people will ask me who is going to look after the kids, but they don’t ask my husband that when he goes away for a week, even though he is their father,” she said.

For her to fulfil the principal role at Merici College, Loretta and husband Michael moved their young family from Perth to Canberra. Loretta has been extremely active on social media. Although sometimes criticized, she believes that it is a necessary forum to be active in so she can be a positive influence.

“Where do young people get good role models from if we aren’t prepared to be present online?” she said.

”In the end young people mimic adults in good and bad ways.”

Just as Loretta was encouraged by her father to work hard and be committed, she has passed this down to her two young daughters.

“If you fail that’s okay because you tried, and failing will teach you something,” she said. “In that lesson you learn, you grow and then you try again. Trying again is the hard part because you’ve already been vulnerable and shown that you have failed, so the biggest challenge is then trying again.

“We need to cut young people a bit of slack because they are still learning about the world in which they live and they are allowed to make mistakes.”

As Loretta gets ready to move to the hustle and bustle of inner Melbourne to inspire a new cohort of women, she fondly looks back on the memories of light traffic and scenic views in the Bush Capital.

Turning the tables on the journos