As part of the preparation for the Plenary Council 2020, called by the Australian Bishops and ratified by Pope Francis, Australian Catholics have been invited to respond to the question:

“What do you think God is asking of Australia at this time?”

The question is an important one. It attempts to put God at the centre of ecclesial deliberations after the scandal of the child abuse crisis in the Church in Australia.

It is not so much a “clash of wills,” I suspect, but rather the normal friction and tension that is part of being human – and Christian. St. Paul documents such tensions in the early Christian community and history records grand scale divisions.

As the process of consultation at the national level continues, all the responses that the faithful have made will be collated and presented to the Plenary Council. Clearly those that are not in accord with Catholic faith and morals will not be given credence. How could we contemplate the preaching of the Gospel in the 21st Century if we were to be found unfaithful to the gift Christ has bequeathed to us?

On the other hand, there is a growing awareness, both within and without the Church, that we must develop and mature in our practice of governance. Co-Responsibility between the faithful, priests and bishops will be fundamental. 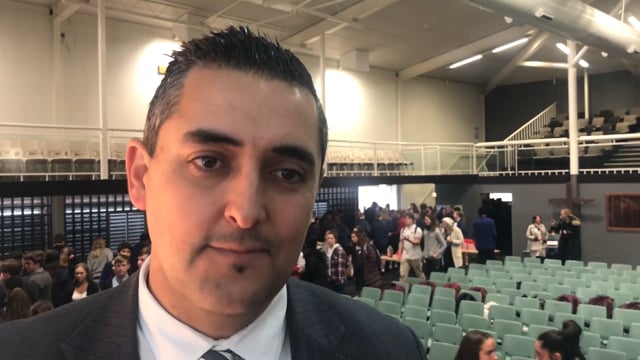 Young faith from across Archdiocese shines

The skies were grey but the faces shone as over 450 young people from across the Archdiocese gathered at Marist College on Monday to experience ... Read More