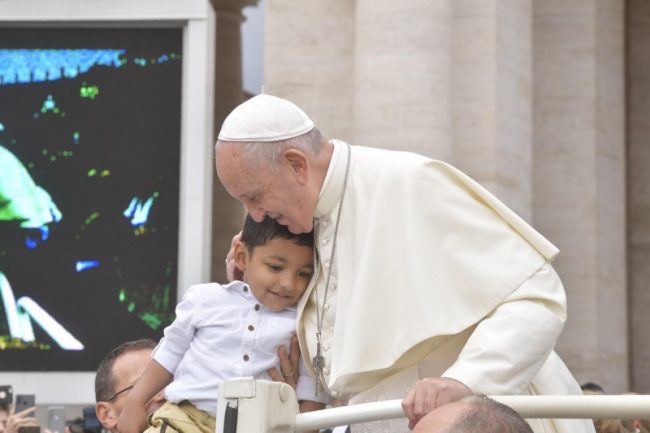 Vatican City, Feb 28, 2020 / 06:36 am (CNA) – The Vatican has created a task force to help under-resourced bishops’ conferences enact guidelines on the protection of minors and the pope’s 2019 norms on abuse allegations against bishops.

The task force was one of the promised follow-ups to last year’s Vatican summit on child protection and sexual abuse in the Church.

According to a press release Feb. 28, the working group will assist bishops’ conferences and religious institutes and societies of apostolic life with implementing and updating child protection guidelines and putting in place the requirements of Pope Francis’ 2019 motu proprio Vos estis lux mundi.
Vos estis lux mundi, promulgated last May, enacted policy on the Church’s response to sexual abuse allegations made against bishops.

Lombardi was the moderator of the February 2019 Vatican abuse summit. He said Friday, “there are very few exceptions that do not have [guidelines]” and they are typically in countries which have limited resources and which may be affected by war or poverty.

The task force, which has a two-year commission starting this month, is made up of canon lawyers of different nationalities and has a fund, maintained by “benefactors” at its disposal, according to Friday’s press release.

The group is coordinated by Andrew Azzopardi, a social worker and abuse expert in charge of the safeguarding commission of the Church in Malta.

Azzopardi said Feb. 28 there are now on the task force about 10 or so members, mostly canon lawyers, but they would like to expand this to include other experts.

Azzopardi said members of the working group will primarily be sent to work on the ground in the local Churches and religious institutes, advising on the writing and enforcing of guidelines, keeping in mind the local culture and laws.

As coordinator, Azzopardi will report quarterly to the substitute for general affairs of the Secretariat of State, Archbishop Edgar Pena Parra, on the task force’s activity.

The task force will, at the request of bishops’ conferences, “assist the local Church to make the Church safer for children and vulnerable adults and more accessible for victims and survivors,” Azzopardi said.

He said one of the challenges will be to make sure Vos estis lux mundi “is implemented, understood, and that it’s a real document and that we can build on that.”

“I think that is a challenge, not an insurmountable challenge.”

A researcher, educator and Church historian with a deep commitment to the empowerment of lay people in the Church has joined the Australian Catholic Bishops ... Read More

NEWER POSTGoing Deeper: The Gift of Imagination
OLDER POSTCardinal Pell’s fate could be known within weeks