Pope Francis asks for prayers for Indonesia after deadly tsunami 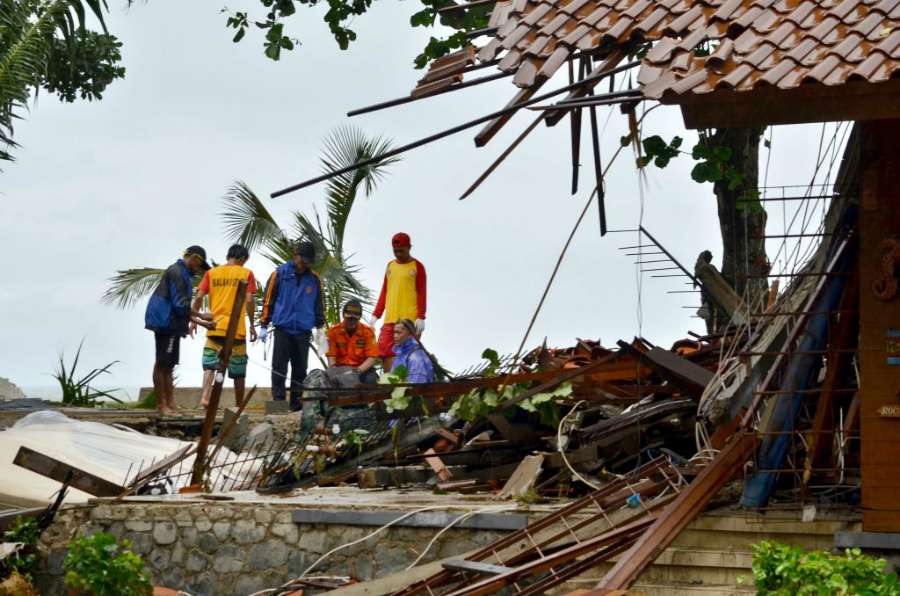 INDONESIA: After a deadly tsunami struck Indonesia Saturday night, killing more than 200 people and injuring hundreds more, Pope Francis has asked for everyone to join him in prayer for the suffering victims this Christmas.

“My thoughts go out right now to the populations of Indonesia, affected by violent natural disasters, which have caused serious losses in human lives, numerous people missing and homeless, and extensive material damage,” Pope Francis said after his Angelus prayer Dec. 23.

“I invite everyone to join me in prayer for the victims and their loved ones,” he said, calling for solidarity and support from the international community.

The tsunami left at least 222 people dead and more than 840 injured, according to Sutopo Purwo Nugroho from Indonesia’s disaster management agency.

Researchers suspect the destructive waves were triggered by a volcanic eruption in the Sunda Strait between two Indonesian islands.

Pope Francis expressed his wish to be “spiritually close” to the displaced and “to all the people who are imploring God for relief in their suffering.”

The pope reflected on the importance of families being together at Christmas, but said he understood that “many people do not have this possibility, for different reasons.”

To people apart from their families at Christmas, Pope Francis extended an invitation to find a “true family” in the Catholic Church.

“Our heavenly Father does not forget you and does not abandon you. If you are a Christian, I wish you to find in the Church a true family, where you can experience the warmth of fraternal love,” he said.

Francis stressed that the doors of the Catholic community are open to Christians and non-Christians alike this Christmas. “Jesus is born for everyone and gives everyone the love of God,” he said.

The pope encouraged people preparing for Christmas to fix their gaze on Mary, who spent her months of waiting for Christ’s coming in service to her elderly relative, Elizabeth.

“The Gospel of Mary’s visit to Elizabeth prepares us to live Christmas well, communicating to us the dynamism of faith and charity,” Pope Francis said.

“A dynamism full of joy, as seen in the meeting between the two mothers, which is all a hymn of joyous exultation in the Lord, who does great things with the little ones who trust Him,” he continued.

May the Virgin Mary obtain for us the grace of living a Christmas centred, not on ourselves, but on Jesus and our brothers and sisters in need, Pope Francis prayed.

EDITORIAL: Apparently it's the custom in some circles to place your mobile phones in the middle of the table and whoever reaches for theirs first ... Read More