Prayer’s up in wake of pandemic: research 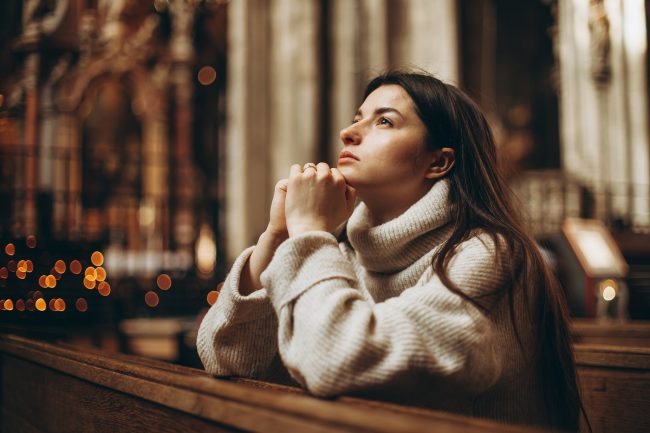 Covid side effect? A third of Australians have experienced a renewed appreciation of religion, McCrindle Research says.

Australians are experiencing a spiritual awakening with 30 per cent praying more since the pandemic, a new report has revealed.

Long-regarded as a largely secular society, religion has been on the front line as Aussies cope with COVID, with latest research revealing renewed numbers engaging with their faith.

The McCrindle Research, called Australia’s Changing Spiritual Climate, found that about a third of Australians experienced a renewed appreciation of religion due to the latest lockdown, with a third more thinking about God (33 per cent) and praying more (28 per cent) while almost half of Australians having thought more about the meaning of life (47 per cent) or their own mortality (47 per cent).

COVID has also resulted in a return to a focus on community, with more than 50 per cent of Australians valuing it more than they did three years ago, and a key element of the community is the local church, with 76 per cent agreeing the church makes a positive difference.

The study of 1000 Australians also found that 65 per cent are likely to attend a church service either online or in-person if personally invited by a friend or family member.

Interestingly, religion is far from being only for older Australians, Gen Z (45 per cent) are twice as likely as Baby Boomers (21 per cent) to be extremely or very likely to attend an online church service if personally invited by a friend or family member.

Mark McCrindle, Founder and Principal of McCrindle Research, said the findings showed Australians are without doubt seeking deeper spiritual meaning due to COVID.

“This data is worth reflecting on a little longer: in this seemingly secular era, where the church is perceived by many commentators to be on the decline and culturally outdated, almost half of all young adults invited to a church service by a friend or family member would very likely attend,” he said.

“Times of uncertainty and anxiety get people thinking about their own mortality and to be more open to looking at issues of faith. “In this case we saw quite clearly that our own money, expertise and skills couldn’t save us from this little virus.”

The detailed report also found we are accepting of others’ religious views, with nine in ten (90 per cent) agree that in Australia people should have the freedom to share their religious beliefs, if done in a peaceful way, even if those beliefs are different to mainstream community views.

There is, however, wavering support for religious symbolism in public life.

Almost two in five Australians (39 per cent) agree that Christian practices such as parliament opening in prayer, oaths in court being taken on the Bible, or Christian chaplains in hospitals or jails should be stopped.

Three in five (61 per cent), however, disagree and are therefore open to Christian practices in public life continuing.

Twenty nine young athletes from across the Canberra -Goulburn Archdiocese have been named in a Sporting Honour Roll for significant achievements in Terms 1 and ... Read More