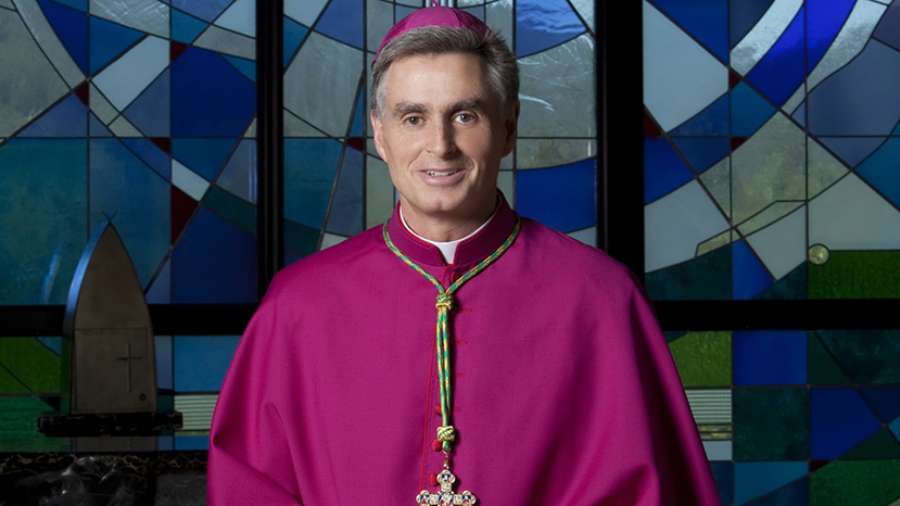 SPOKANE, WASHINGTON: The Bishop of Spokane said Friday that that politicians who publicly support abortion should not receive the Eucharist in his diocese.

“Politicians who reside in the Catholic Diocese of Spokane, and who obstinately persevere in their public support for abortion, should not receive Communion without first being reconciled to Christ and the Church,” Bishop Thomas Daly wrote in a Feb. 1 letter to his diocese.

“Efforts to expand access to abortion, allowing murder of children up to the moment of birth is evil. Children are a gift from God, no matter the circumstances of their conception. They not only have a right to life, but we as a society have a moral obligation to protect them from harm.”

“The Church’s commitment to the life of every human person from conception until death is firm. God alone is the author of life and for the civil government to sanction the willful murder of children is unacceptable. For a Catholic political leader to do so is scandalous,” Daly said.

The bishop’s letter came as abortion bills have been at issue in several state legislatures, and amid calls from some Catholics, and at least one bishop, for the imposition of canonical sanctions on New York’s governor Andrew Cuomo, who signed on Jan. 22 a bill that significantly expanded legal protection for abortion in his state. Daly did not shy away from that controversy.

“The champion of this abortion legislation is Andrew Cuomo, a Catholic and governor of New York. Governor Cuomo frequently cites his Catholic faith in support of legislation he favours. His public witness as a Catholic politician, coupled with his stalwart support of abortion, is unacceptable,” the bishop said.

READ ALSO:  Pope Francis asks for prayers for his visit to Iraq

Cuomo’s own bishop, Cardinal Timothy Dolan of New York, has said that he does not intend to impose measures of ecclesiastical discipline on Cuomo, saying that while he opposes Cuomo’s public support for abortion, he does not believe imposing canonical or sacramental disciplinary measures will have effect on the governor.

Excommunication or other disciplinary measures “would be completely counterproductive, right?” Dolan said on his radio show Jan. 29.

“Especially if you have a governor who enjoys this and wants to represent himself as a kind of martyr to the cause, doing what is right. He is proud to dissent from the essentials of the faith. He’s proud with these positions.”

“For me to punish him for it? He would just say, ‘Look at the suffering this prophet has to undergo,’ the cardinal added.

Daly’s letter cited canon 915 of the Church’s Code of Canon Law, which says that Catholics “obstinately persevering in manifest grave sin are not to be admitted to holy communion.”

Daly did not mention the penalty of excommunication, a penalty Dolan said had been suggested by many Catholics for Cuomo.

At least one U.S. bishop has called for Cuomo’s excommunication. On. Jan. 31, Bishop Eduardo Nevares, auxiliary bishop of Phoenix, tweeted: “I am compelled to raise my voice in calling on Cardinal Dolan, and ALL CATHOLIC BISHOPS to EXCOMMUNICATE the ‘Catholic’ Governors and ALL other ‘Catholic’ Politicians who are promoting the most VILE, HIDEOUS and YES, DEMONIC practice of MURDERING the NEW BORN BABIES.”

But some canon law experts have said that penalty is unlikely to be legally applicable to the governor’s situation, calling instead for the application of canon 915, which is not the same as excommunication.

A spokesman for the Diocese of Spokane told CNA that Daly’s letter “is not commenting directly on any one politician in his diocese but making clear that it is important to understand that the Catholic faith and public abortion advocacy are incompatible. The principle is that if one persists in a public way in supporting abortion access they should refrain from receiving Holy Communion.”

“In the case of a politician who is concerned that his or her voting record on abortion or another essential teaching of the Church might preclude them from receiving Communion, that person should speak with their pastor for guidance.”

The spokesman told CNA that the individual application of canon 915 would be a matter addressed directly with any particular politician to whom it might apply.

Daly concluded by encouraging Catholics “to turn to our Lord in prayer for our political leaders, entrusting them especially to the intercession of St. Thomas More, a public servant who preferred to die at the hands of civil authorities rather than abandon Christ and the Church.”

“Let us also keep the unborn, as well as all pregnant mothers, in our prayers.”