‘Quick and painless’? Pull the other one.

Campaigners for ‘assisted dying’ paint a rosy picture of a gentle, easy death. It doesn’t always happen that way. 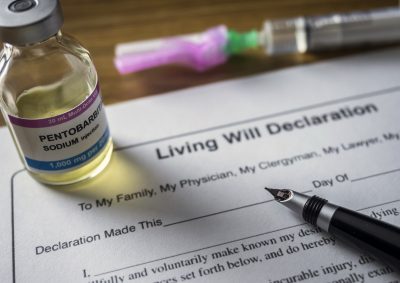 The marketing strategy of right-to-die organisations has not changed much over the past 150 years. In 1872 a British writer, Samuel D. Williams, wrote a book advocating the use of the novel anaesthetic chloroform to give patients “a quick and painless death”. In 1931 the British eugenicist Dr Killick Millard proposed legalisation of euthanasia “to substitute for the slow and painful death a quick and painless one”.

Now that legalisation has arrived, however, doctors have realised that a Q&P death is easier said than done.

Writing in a recent issue of The Spectator (UK), Dr Joel Zivot, a Georgia physician, expresses his doubts about whether lethal medications are the way forward. He studied the autopsy reports of more than 200 prisoners executed with lethal injections and found that many may have died in great pain.

“The death penalty is not the same as assisted dying, of course. Executions are meant to be punishment; euthanasia is about relief from suffering. Yet for both euthanasia and executions, paralytic drugs are used. These drugs, given in high enough doses, mean that a patient cannot move a muscle, cannot express any outward or visible sign of pain. But that doesn’t mean that he or she is free from suffering.”

Dr Zivot believes that pentobarbital, which, it seems, is used in Oregon in 4 out of 5 assisted suicides, caused pulmonary oedema – the lungs fill with liquid secretions and the person can die in agony. “Advocates of assisted dying owe a duty to the public to be truthful about the details of killing and dying. People who want to die deserve to know that they may end up drowning, not just falling asleep,” he writes.

Nor is death necessarily quick.

In Oregon, where statistics are gathered about the mode of death, the median time to death throughout the 23 years of the Act is 30 minutes but the maximum time is 4 days and 8 hours. The median time for people to fall unconscious is 5 minutes, the maximum is 6 hours.

At least in the United States, doctors who participate in assisted suicides are aware of these issues. Dr Lonny Shavelson, a California physician who specialises in this novel field, has helped to organise the American Clinicians Academy on Medical Aid in Dying. This provides a forum for doctors to establish a best-practice for helping people to die.

It turns out that the very diseases from which the patients suffer can make the drugs less effective. Dr Shavelson spoke with Medical Xpress last year about some of the difficulties:

“Shavelson and [his colleague retired anesthesiologist Dr Carol] Parrot have identified which patients are more likely to linger, and can recommend adjustments. People with gastrointestinal cancer, for example, don’t absorb the drugs as well. Former opiate users often have resistance to some of the drugs. Young people and athletes tend to have stronger hearts and can survive longer with low respiration rates.

“We’re learning. Hypothesis, data and confirmation. This is what science is,” he said. “Our job is to stop the heart; that’s what they want us to do.”

His learning curve is rather ghoulish. He sits at the bedside of the person whom he is assisting to die with a clip board, noting the drugs, the dosages, oxygen levels, heartbeat, and breathing. Another California doctor says that he is grateful for Shavelson’s work. “It’s really helpful to have someone actually studying the utility of what it is we’re doing. So much of what we’re doing has arisen empirically. He’s collected such great data. Patients want a medication that is effective. They want a swift, peaceful death.”

Little has been written about this issue – but enough to set the alarm bells ringing. A scoping review of “assisted dying” in Canada (MAID) published in BMJ Open last year found that complications “that may cause patient, family and provider distress” could be common.

And an Irish pharmacist stated bluntly in the BMJ in January that: “The process of assisted suicide and/or euthanasia cannot guarantee a peaceful, pain free, dignified death.”

Let’s be honest about “assisted dying”. Patients might die swiftly and painlessly. They might not. If it’s a game of roulette, is “assisted dying” really a compassionate option?