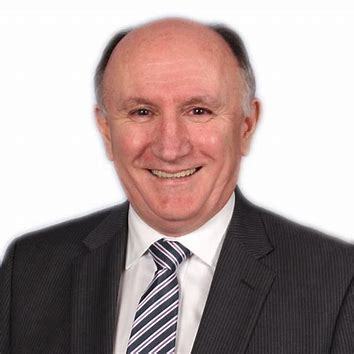 Families who choose a non-government schooling option will continue to be supported after the Federal Government today announced important changes to its school funding arrangements, the National Catholic Education Commission (NCEC) said.

The NCEC fully supports the package of measures unveiled today.

“Hundreds of primary schools would have been forced to double or triple their fees because of the previous model’s very narrow interpretation of ‘need’. This would have rendered those schools unaffordable to most Australian families, denying them the schooling choice that has been available in those areas for decades.

“Families can only have school choice if there is an affordable alternative to free, comprehensive government schools. If the only option is a high-fee school, choice is restricted to those parents rich enough to afford high fees.

“We commend the new Education Minister Dan Tehan for recognising that the 2017 changes had jeopardised the future of low-fee, low-expenditure schools in areas where they’ve served families for generations.”

He said the government had accepted the Catholic sector’s position that a sector-blind, needs-based funding model would only work in practice if two fundamental issues were recognised and addressed.

“Firstly, the existing, geographically-based socio-economic status (SES) methodology – used to estimate parents’ wealth in each non-government school and therefore how much funding each school requires – was flawed because it assumed all families from the same neighbourhood were equally wealthy.

“This discriminated against low-fee schools because they attract a higher proportion of students from poorer families and therefore need more funding support. A fairer formula is now being developed.

“The second factor was understanding that ‘need’ not only relates to wealth; every child needs a quality education and parents need a real, affordable choice including the option of a faith-based school. The community therefore needs a public school system and a parallel, low-fee alternative across Australia if these needs are to be satisfied.”

Mr Collins said some technical aspects of the 2017 school funding model still need to be resolved down the track but today’s changes put low-fee, non-government schools on a much firmer foundation for the coming decade.

“However, although the changes unveiled by Mr Tehan go a long way to fixing problems caused by the model introduced in 2017, fundamental to our support of this package is the Minister’s agreement to review the new arrangements to ensure they continue to support the government’s policy objectives, including parent choice.”

Nationally, Catholic schools educate more than 765,000 students – or one in five Australian students – in 1741 schools, the vast majority of which are low-fee schools.

Satanic Temple recognised as a ‘church’ by America’s IRS

WASHINGTON D.C: A satanic group has announced they have been granted recognition as a church by the Internal Revenue Service. Read More