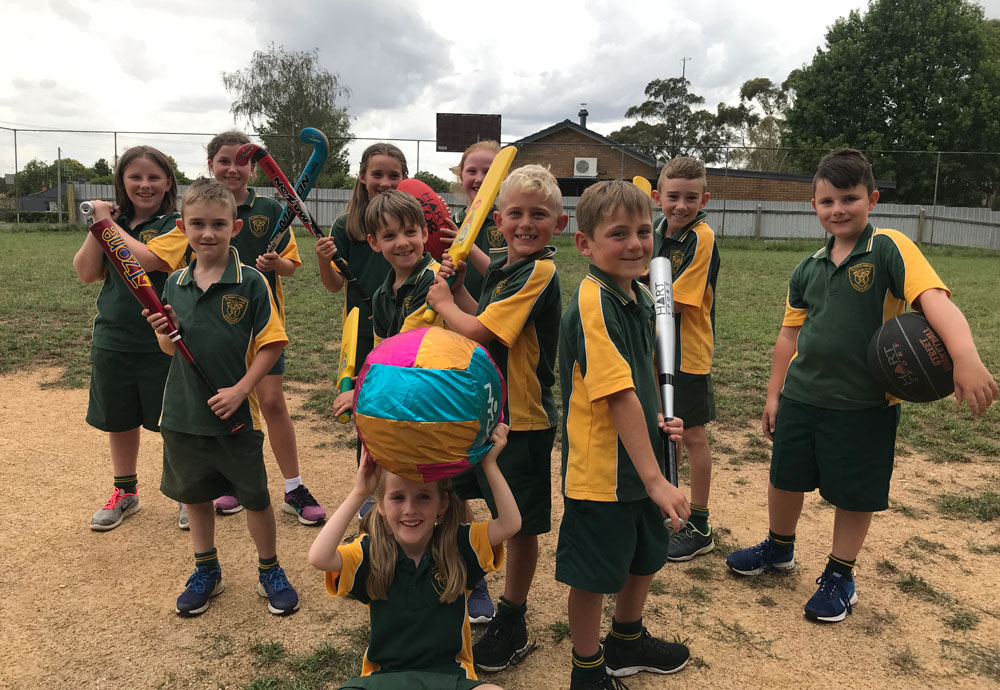 A recent grant from the NSW government will ensure a wider variety of sports will be available not just to the students of St Mary’s in Crookwell, but to the whole community.

St Mary’s Principal, Sarah Lowe, applied for a grant for a multi-purpose sporting facility for the school and recently found out the grant had been successful.

“We’ve received a NSW clubs grant for infrastructure for $108,400 which will open up many opportunities for the students,” Sarah said.

In announcing the successful grant in January, Member for Goulburn Pru Goward explained that the Infrastructure Grants were made possible by through the NSW Government’s Clubgrants Category 3 Fund which reinvests a contribution from the State’s registered clubs gaming machine profits back into community projects.

Sarah said that she applied for the grant during 2018. She had applied for this particular grant once previously and said she was very thankful it worked out the second time around.

“On behalf of the school community I would like to thank the NSW Government for this investment in our School” she said.

“Since I’ve been at the school these courts have been rarely used, and this funding will enhance the potential of this community area.

“This is already a wonderful open space with good parking – the new court will have revolving netball and basketball hoops.

Sarah said the amount of the grant was very similar to the amount that was requested. The new facility, when completed, will not only be of use to St Mary’s but to the whole community.

“We currently don’t have a basketball or netball competition in town and if we have a full-sized, regulation court it will be able to be used for that,” Sarah said.

“We’ve had a lot of expressions of interest from people who would be prepared to go on organizing committees for both sports so we’re keen to get them up and running as quickly as they can.

“We’re all excited at the prospects for the new sporting facility.”

Work on the courts is expected to begin later this year.

St Mary’s has also been successful in another of its grant applications. Federal Member for Hume, Angus Taylor announced in December a Federal funding grant of $417,000 under the Capital Grants Program.

“We heard at the end of last year that we were successful in obtaining a block grant, which is a federal grant for the refurbishment of our Mercy building which was built in 1948,” said Sarah.

The work we’ve got planned will open up the old classrooms to provide breakout spaces and collaborative learning spaces for the students. The work will also include a ramp to the front door, a new learning support room and a covered walkway area to the front of the school.

“We’re really excited that all of these things are happening at St Mary’s this year and are looking forward to exciting times ahead.