‘Stay at home’ faith no option 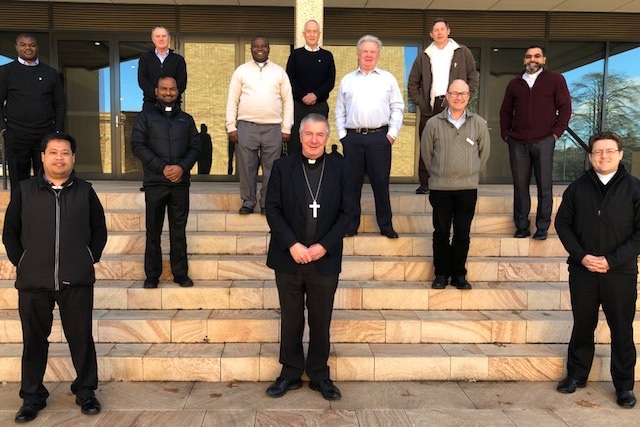 The Catholic instinct will not be satisfied with a ‘stay at home’ faith, Archbishop Christopher has declared, saying he expects Mass numbers to return to normal now that restrictions have eased.

In a pastoral letter ‘The Return to our Eucharistic Home’, the Archbishop likened the Covid-19 pandemic to a ‘Eucharistic fast’ but said returning to Mass would be “sheer joy” for many people.

“Some lonely voices are saying that Mass numbers will not return to their earlier numbers,” the Archbishop writes.

“… Some suggest the movement from comfortable couches and armchairs to wooden Church pews is a distance too far.  I respectfully disagree …

“The Catholic instinct will not be satisfied with simply a ‘stay at home’ faith.  We are radically communitarian both as human beings and as people of Christian faith.”

The pastoral letter offers a reflection on ‘Eucharistic fasting’ which the Archbishop says is not new to Australians.

He refers to three periods of Eucharistic fasting in Australia’s history:

The priests left the Blessed Sacrament with the Davis and Dempsey families and Catholics would gather to pray in those family homes.  There was no Mass,

“Perhaps … we have lost a sense of the long spiritual tradition of fasting before the Eucharistic feasting,” Archbishop Christopher writes.

“Should this be considered afresh today?

“… The stomach pains of hunger did remind the pious of the spiritual hunger for ‘panis angelicus’ (the bread of angels).”

The joy of a child’s Christmas