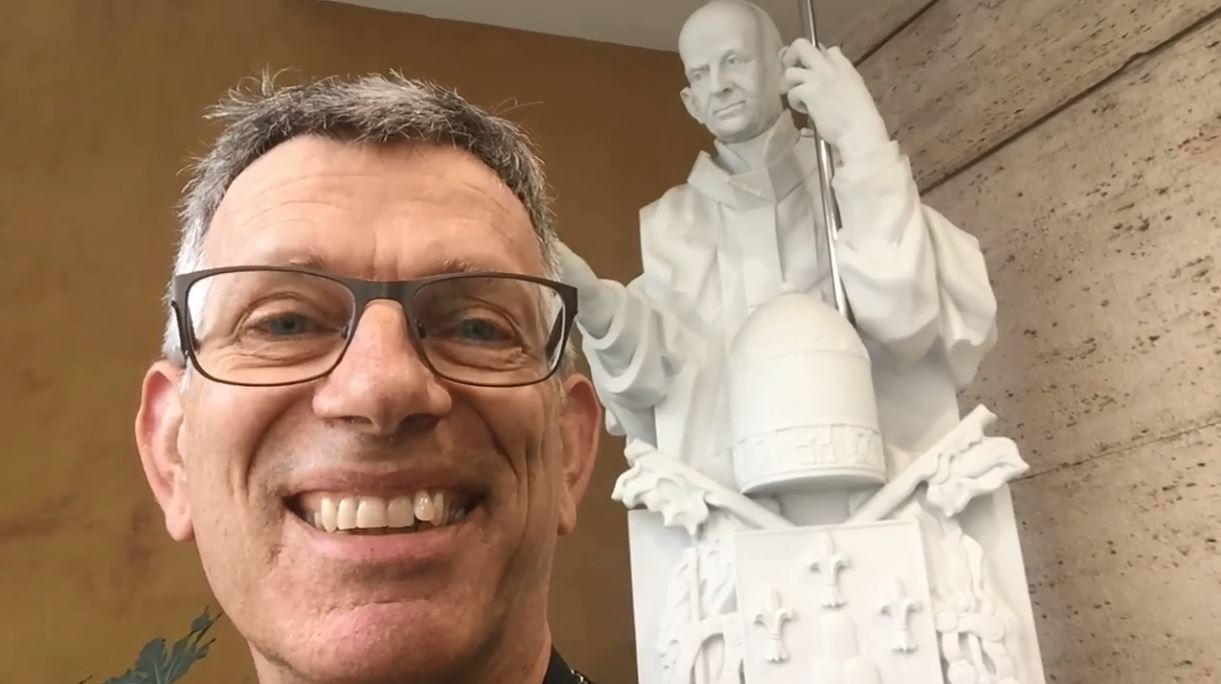 Archbishop Mark Edwards, acclimatising to Rome the day before the start of the Synod.

We are, as Pope Francis suggested to the Italian Bishops in 2015, entering a new era. I would like to suggest an image for inter-generational encounter and the spirituality and values of this new age in western culture.

There is a monument outside of Ars in France. My French is very limited but the story it told, as I understood it, was that this marked the spot where St John Vianney met the shepherd who was to take him to Ars. The newly appointed Parish Priest, or Cure, of Ars had set out perhaps from Lyons, with his few possession on his back and could not find the town. He convinced the shepherd to take him to Ars with the promise: “If you show me the way to Ars, I will show you the way to heaven.”

Young people are closer to being natives in this new era than we are. They more instinctively grasp the lay of this land with its values of equality, inclusion, respect, authenticity and the integration of multiple aspects of life such as body and soul.

My suggestion is that fertile inter-generational encounter, in my country at least, might involve us saying to our young people: ”You show us the lay of this land, the way to the place where you dwell, and we will show you the way to God.”

Just as St John Vianney really lived in Ars and didn’t just treat it as a version of the previous parish where he had worked, so we are to inhabit this new age. This is the country God has given us to dwell in.

This epoch, God’s gift to us, has its tension and makes compromises. For example, being authentic for some people might look like being powerful or wealthy which is in conflict, potentially at least, with the desire for equality and inclusion.

Being Church, then, is to accompany the young in this new place and to lead them to and to support them to places where they can encounter Jesus. When they meet Jesus, he will change their hearts. And this will enable them to discover appropriate ways to live fruitfully and really humanly and as effective Church in the tensions of this new age.

There is much more that could be said but this one more thing for now.

St John Vianney, pray for us.

Bishop Mark shares how the #Synod2018 is going after the end of the first week.

Posted by Archdiocesan Office For Youth on Saturday, 6 October 2018