The pandemic is building bonds between the elderly and foreign students 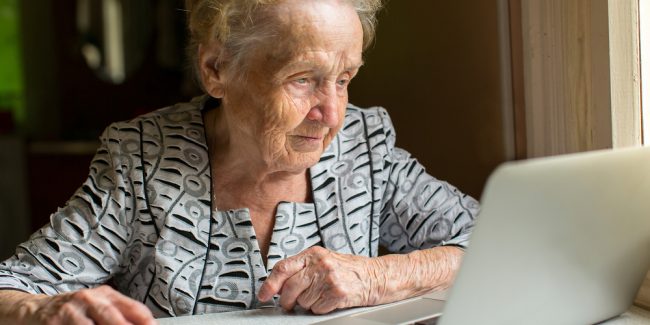 While COVID is causing mayhem throughout the world there is something positive to come from the pandemic. Thanks to a French non-profit organization, Oldyssey, a new effort called Share Ami is matching elderly French seniors with British students to have online chats.

The initial idea came when its founder, Clement Boxebeld, visited Brazil in 2018. He appreciated how a language school had paired up students with those in retirement homes in the USA and Canada. While the idea was brewing for a few years, it was only when the pandemic freed up his time that Boxebeld was able to put his plans into action.

“We thought it was the right moment to launch it because elderly people are especially at risk with the virus. First they couldn’t go outside and then, after confinement, because they are at risk, a lot of seniors are still afraid to go outside. We wanted to find ways to create links despite the social constraints we had,” the match-maker explained.

The initiative is proving highly popular with the students and the elderly alike. While the plan had already paired 30 students and seniors since May, there are now a staggering 3,000 students wanting an elderly foreign grandparent! Boxebeld will try to oblige these students, but has said it’s a process that takes time and consideration.

It’s wonderful to see that both parties are gaining a lot of satisfaction by the exchanges. One 80-tear-old, Claire Biet, was happy to talk about literature and her travels with her foreign student, sharing, “She [the student] makes a lot of effort. She corrects herself when she feels she’s said something that was not quite right. She’s always on the lookout for better ways to express herself. It’s exciting.”

It’s so wonderful that these seniors are getting so much enjoyment, while feeling needed, during these months of isolation. The students, too, have plenty of positive feedback:

“I thought it would be a great way to improve my language skills and get to know somebody who was possibly lonely. My French grandma, as we call them, is in a retirement home and might not be having too much social interaction because of the pandemic so I thought it was the perfect time to do something like this. She was just so lovely from the first few sentences,” explained Jacoby, who attends Warwick University.

This initiative is just one more way in which the elderly, with their wealth of experience, are helping youngsters. It’s lovely to see that despite some pretty impressive age gaps, the generations have so much respect for each other and value the wonders of modern technology and friendship.

Firefighters extinguish flames at the site of an explosion in Beirut on 4 August. Two massive explosions ripped through the Lebanese capital, injuring many people ... Read More