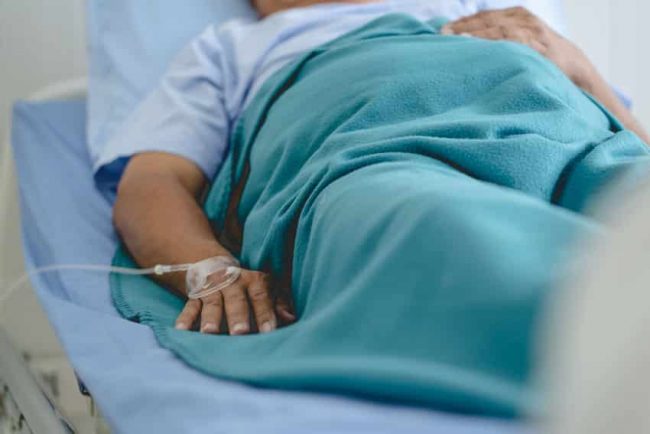 A total of 52 people were killed in the first six months of Victoria’s euthanasia regime, with another 29 having been approved for death by either assisted suicide or euthanasia in the same time period.

That 81 state-sanctioned deaths in six months have been carried out or approved is an extraordinary number, given that Victorian Premier Daniel Andrews told media when the laws came into effect that he expected a dozen deaths in the first 12 months.

Victoria’s getting about 10 times that number already.

Why isn’t the government alarmed by that? Victorian Health Minister Jenny Mikakos seemed not at all fazed, telling media the scheme was “working well and as intended.”

Serious questions need to be asked

Given the deaths have exceeded government estimates tenfold, serious questions need to be asked. Questions also need to be asked about why there are so many more deaths than those from the jurisdiction on which the scheme is based.

AT THIS RATE, VICTORIA’S LAWS WILL KILL OVER 100 PEOPLE IN THEIR INAUGURAL YEAR, SHOWING A SIGNIFICANT UPTAKE OF THE LETHAL DRUGS. WHY ISN’T THE VICTORIAN GOVERNMENT ASKING ‘WHY’?

Or at least, why isn’t it providing enough information for others to ask the question? The report from the Voluntary Assisted Dying Review Board into the first six months of the assisted suicide and euthanasia laws in Victoria is woefully scant on detail.

There is only cold, quantitative data provided: of the 102 patients who went through two assessments for euthanasia or assisted suicide, 100 were deemed eligible to die. Of those, 70 were approved to self-administer the lethal drugs, 11 were approved to have a doctor provide a lethal injection, and 19 withdrew. 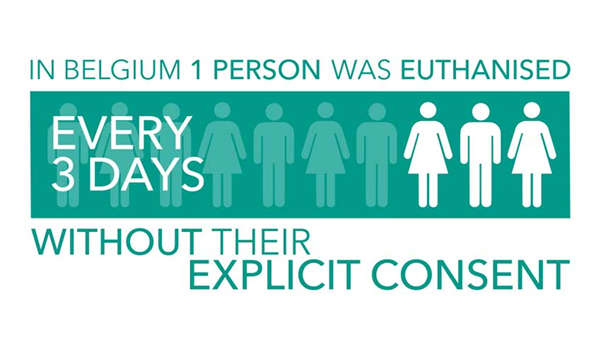 So far, 52 are dead. Apart from a number of applicants at each stage and the number of deaths, we don’t know anything else. If we were in Oregon, we would be told how old they were, the illness from which they suffered, whether they had been given a psychological assessment, whether they had private health insurance, their level of income or education, where they died, their reasons for requesting euthanasia or assisted suicide, any complications involved in taking the lethal drugs – and more.

We would also have been told how many doctors were involved in prescribing (and administering) lethal drugs, the length of time they had known the patient and other information which would allow us to determine if there was a phenomenon developing of specialist “death doctors” who are sought out specifically for the purposes of euthanasia.

For example, The Weekend Australian featured an interview with a doctor who has performed a third of Victoria’s euthanasia deaths and been present at almost a quarter of the assisted suicide deaths that have occurred so far in that state. It is a little concerning that this single article in a weekend newspaper provided much more detail about the regime and those involved than the government did.

In the lead-up to these laws being passed, euthanasia activists were climbing all over themselves to parade terminally ill Victorians before the media to champion their cause. Now, once the state is sanctioning their deaths, they appeal to “privacy” considerations to keep even the most basic information out of the public arena and scrutiny.

All we receive is an assurance from the Chair of the Voluntary Assisted Dying Review Board that all cases were compliant with the law. We are expected to “trust” the process of legalised killing which has lead to far more fatalities than anyone expected and which is opaque.

I can’t just “trust” the process.

I CAN’T JUST TRUST THAT A GOVERNMENT UNWILLING TO GIVE ANY DETAILED INFORMATION ABOUT THE TWO PEOPLE WHO ARE DYING EACH WEEK IN VICTORIA UNDER ITS EUTHANASIA AND ASSISTED SUICIDE LAWS IS HAPPY TO HAVE THIS REGIME SCRUTINISED.

At a time when Western Australia is in the implementation phase for its own euthanasia laws which – as I wrote a couple of weeks ago – are much more permissive than Victoria’s, and at a time when Tasmania is positioning itself to introduce laws that are more extreme than either Victoria’s or Western Australia’s, more information about Victoria’s regime is critical to those who are being asked to execute or vote for these deadly laws.

Even so, I doubt any more information will be forthcoming. Politicians and activists who want to push these laws through parliament always point to the “overwhelming” public support for euthanasia and assisted suicide.

They clearly do not want to risk this “overwhelming” public support by being open and transparent with the public about what is actually going on behind the closed, surgical doors.