This princess saint was not Harry Potter’s owl: St. Hedwig of Silesia 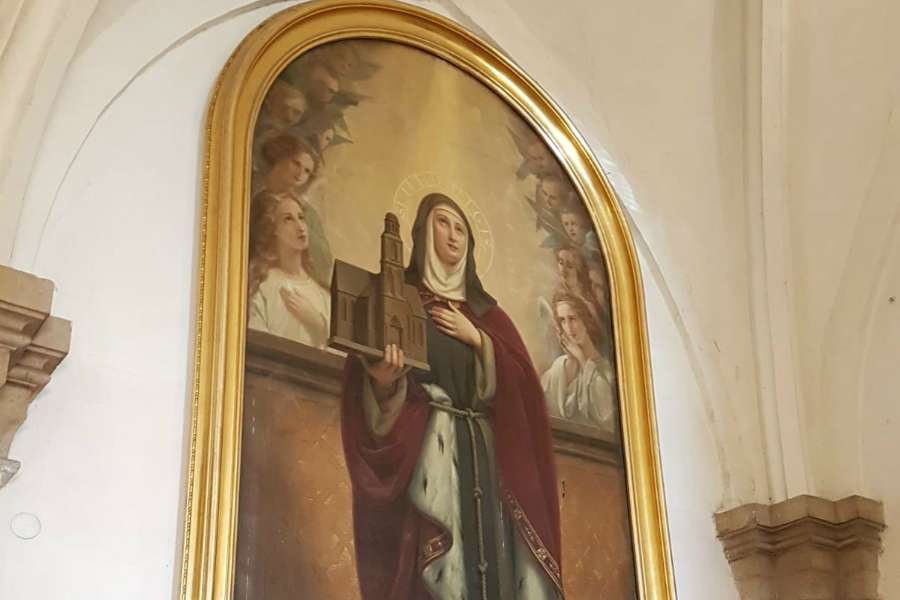 Wrocław, Poland, Oct 16, 2019 / 11:20 am (CNA) – Readers who find this story through a search engine probably were looking for information about Hedwig, Harry Potter’s snowy owl.

St. Hedwig of Silesia was not an owl. But read on anyway: she was a princess, a wife, a mother, and a builder of bridges between the German and Polish people. And her husband’s name was “Henry the Bearded.”

St. Hedwig, whose feast is Oct. 16, lived in the 13th century and received a good education in her youth at a convent in Bavaria. She is recorded to have said that knowledge plus holiness of life leads to greater glory for souls in heaven.

Hedwig “became known as a helper of poor people and after her canonization, she became a beloved patron saint of the same groups of people,” Bishop Andrzej Siemieniewski, auxiliary bishop of Wroclaw, told CNA.

She came from a holy family: Hedwig’s sister Gertrude was the mother of St. Elizabeth of Hungary.

While still a girl, Hedwig moved to the lower part of Poland, the region called Silesia, to marry Duke Henry I the Bearded. Together they had seven children, only two of whom lived to maturity.

St. Hedwig loved the Eucharist, prayer, and reading and meditating on scripture. In her own household she had scripture read aloud during meal times. Despite her wealth as a duchess, she practiced serious asceticism: she fasted, ate plain food, and lived with few personal possessions.

After her children were grown, Hedwig devoted herself to the spiritual and corporal works of mercy, especially helping the poor, sick, hungry, widows, orphans, and expectant mothers.

Unlike other princesses of the time, Hedwig helped people with her own hand, and not through her servants. She also gave shelter to sick and disabled people in her castle.

A biographer of Hedwig wrote that the poor followed her everywhere she went, as if she was their mother.

She would also visit and bring food and other items to the imprisoned and send money to people who could not repay their debts. She used her position as a duchess to defend and intervene on behalf of prisoners and people sentenced to death so that they would receive lighter sentences or be freed.

St. Hedwig was responsible for bringing the Cistercian Order to Silesia. She had a monastery and several churches, including the first, built in the region. One of these churches, in modern-day Trzebnica, where she is buried, is now a shrine to the saint, who was canonized in 1267. The shrine is a popular place of pilgrimage for people from all over the world.

The monastery connected to this church is still active and is considered to be the largest existing 13th-century building in Central Europe.

Hedwig lived in that monastery near the end of her life, and though she did not take religious vows, lived in community with the religious sisters there. Tradition at the monastery says that she would pray a lot, to the point of sometimes locking herself in the chapel overnight.

The saint also had a strong love of the Blessed Virgin Mary, and would carry a statue of Our Lady around with her, using it to bless the sick, some of whom it is said were afterward healed. She was buried with this statue, and tradition says when her tomb was opened years later, the fingers gripping it were not decomposed.

Images and statues of St. Hedwig usually depict her holding a statue of the Blessed Virgin Mary, feeding the poor, or holding a church.

St. Hedwig, as a Bavarian, became a symbol of “Catholic and Christian living” in the region, and how Germans and Polish could could live together as members of one Church, Bishop Siemieniewski said.

In Wroclaw, Poland, there is an important statue of St. Hedwig next to a monumental bridge. This symbolizes, he said, the bridge she formed between the neighboring nations of Germany and Poland.

She is also beloved by Czech people. “St. Hedwig is considered a mother to the Silesian people, and Silesia meant, in older times, ‘home for many nations,’” he explained.

The history behind the Feast of the Epiphany

While the hustle and bustle of Christmas ends for many people on Dec. 26, throughout Christian history Christmas lasts for twelve days – all the ... Read More