Unity in the front pew despite war

Ukrainian and Russian priests sat together in the front pew of St Paul’s Anglican Church Manuka at an Ash Wednesday ecumenical vigil giving a powerful sign of unity and reconciliation.

They were among members of Canberra’s Christian churches who gathered in response to Pope Francis’ call to observe Ash Wednesday as a day of prayer and fasting for peace.

Russian Orthodox Archpriest Alexander Morozow and Fr Wally Kalinecki, of the Ukrainian Catholic Church, agreed that they desired to “pray for peace”.

“We are both in the same boat,” Fr Kalinecki said. “We are here to pray for peace and to be a sign of spiritual unity.” 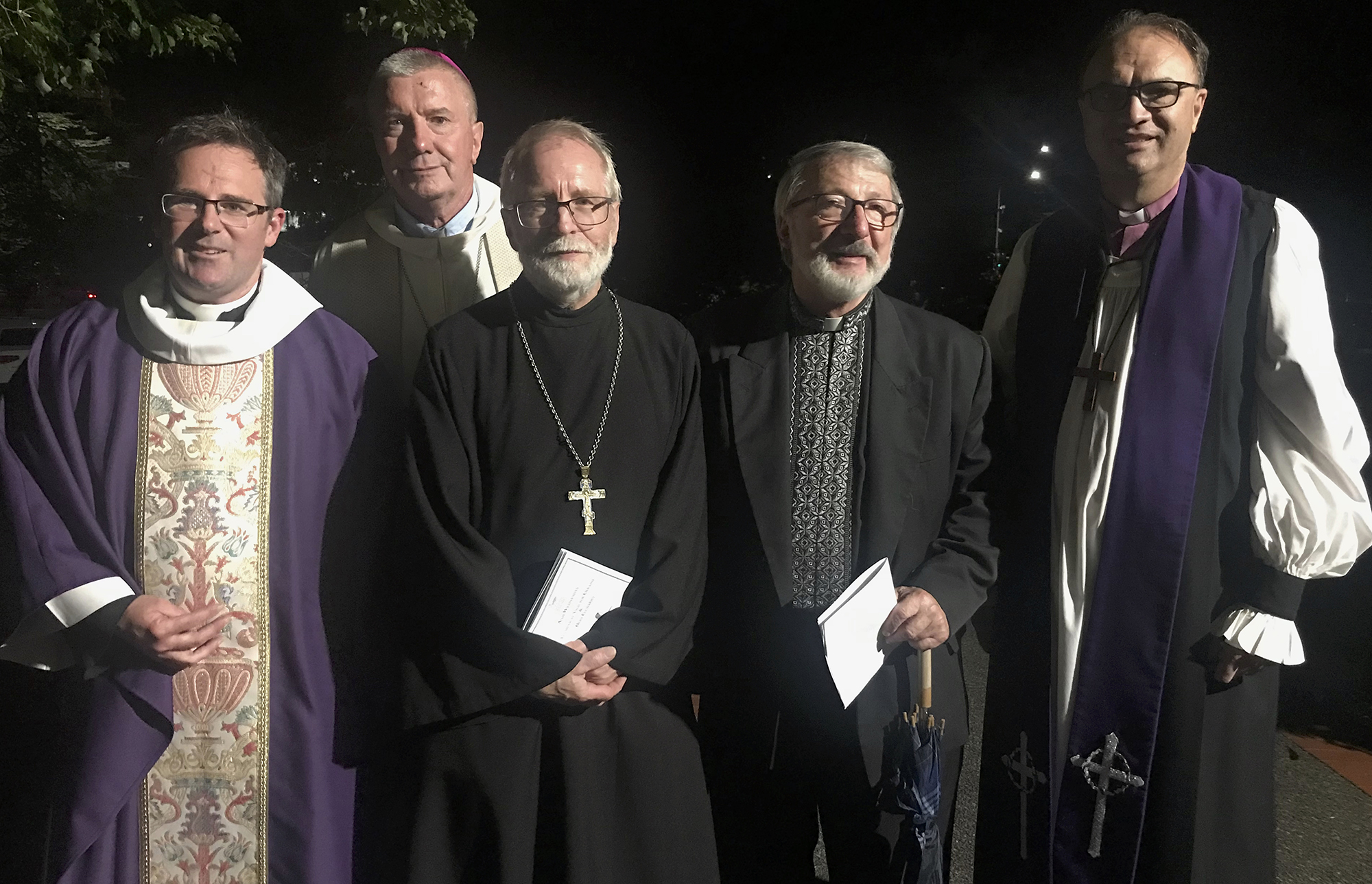 He highlighted the example of unity showed by the Ukrainian and Russian churches taking part in the local vigil. It “says everything, which we are seeking,” he said.

In his reflection, Canberra and Goulburn’s Anglican Bishop Dr Mark Short, referred to the Old Testament account of Cain and Abel.

“I think it’s a passage that speaks powerfully about today’s world,” he said. “The story of Cain and Abel shows the violence that can occur between brothers. It happens in the family, and it happens because two brothers who shared so much allowed their minor differences to become a source of jealousy and envy. We have so much in common, which makes war an awful tragedy because every death during war is a death in the family.

At a time when there are so many forces in the world pulling us apart, an occasion like this focuses on our shared humanity and faith.”

Archbishop Prowse described the vigil as a very profound statement of unity in Christ.

“This is a wonderful ecumenical, pastoral and practical gesture to gather together,” he said. “We’re praying for peace in the troubled land of Ukraine, asking for God’s blessing and intervention at this dark hour.”

We have read about pandemics, but now we have experienced one. Much has changed since 25 March 2020, the beginning of our first lockdown. For ... Read More